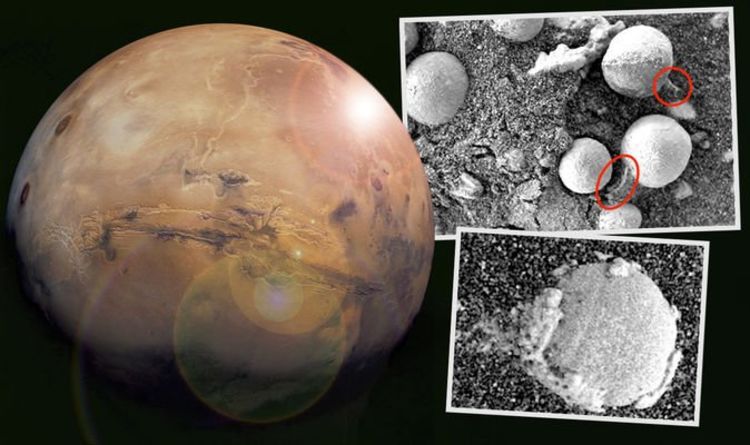 In other cases, the researchers compared NASA pics of the “Martian specimens” to puffballs here on Earth, confidently stating these are very much the real deal.

The researchers wrote in their study: “It is well-established that a variety of terrestrial organisms survive Mars-like conditions.

“Given the likelihood Earth has been seeding Mars with life and life has been repeatedly transferred between worlds, it would be surprising if there was no life on Mars.

“However, in contrast to terrestrial organisms, Martian fungi, moulds, algae and other putative life-forms, would have evolved on and already be adapted to the low temperatures, intermittent availability of water, low amounts of free oxygen, and high levels of radiation that characterize the harsh Martian environment.”

The researchers added: “Growth, movement, alterations in location and shape, constitute behaviour, and coupled with life-like morphology, strongly support the hypothesis there is life on Mars.”

Among the study’s authors is Dr Rhawn Gabriel Joseph, a neurobiologist known for being involved with the pseudo journal Journal of Cosmology – a title that has attracted controversy in the past.