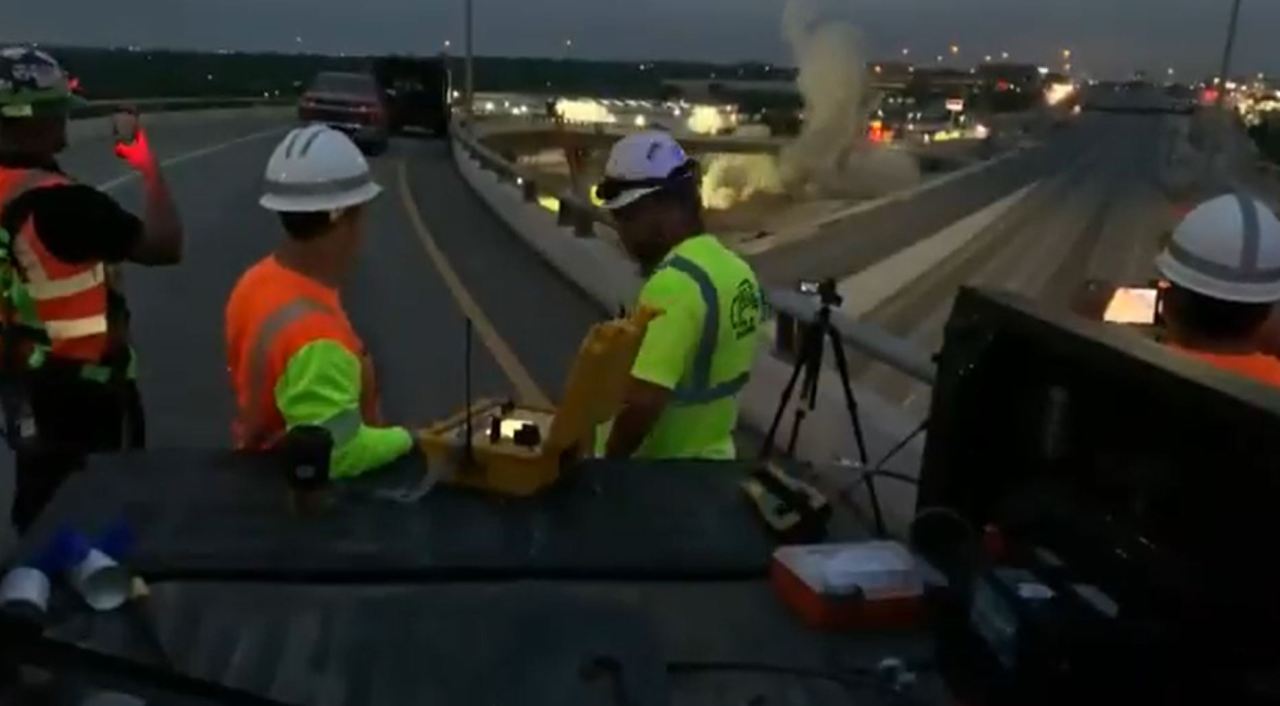 AUSTIN (KXAN) — The flyover connecting northbound I-35 with northbound US 183 was destroyed early Saturday morning as part of TxDOT improvement works in the area.

TxDOT tweeted this video, showing the moment that district engineer Tucker Ferguson detonated the explosives that sent the flyover crashing down.

The flyover was destroyed because it was steep and caused large vehicles to slow down and delay traffic, TxDOT explained.

It will be replaced by an extended flyover with a lower grade, which will also accommodate a northbound bypass lane for St. John’s Avenue.

TxDOT says the work will take about four months to complete.

Traffic will be affected this weekend and next weekend, May 15-16. Crews need to temporarily close both directions of I-35 and US 183 in the area, as well as the frontage roads, between 6 a.m. and 8 a.m.

While the work takes place, drivers trying to access US 183 from I-35 should use the Rundberg Lane exit and take the non-signalized U-turn at Rundberg Lane to access the new southbound I-35 to northbound US 183 flyover.

In the meantime, drivers should stay patient and aware of crews when traveling through the work zone.