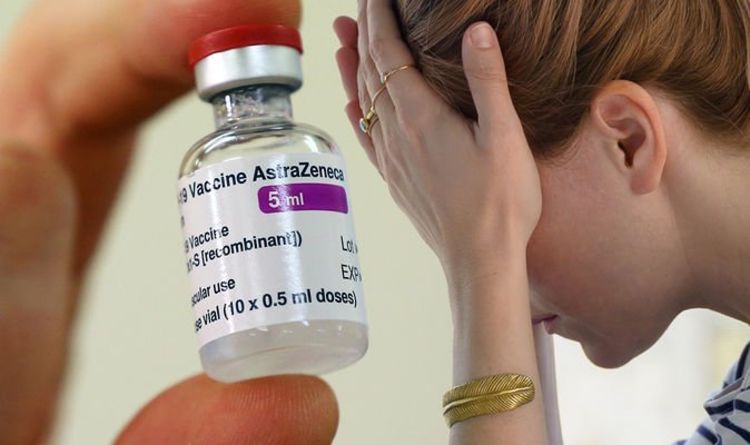 Covid experts are urging people who have had the AstraZeneca vaccine to be wary of five troubling after effects that could be dangerous. The Joint Committee on Vaccination and Immunisation (JCVI) elaborated on the subject. Professor Wei Shen Lim, the Covid Chair for the JCVI, has said that safety is their number one priority. The committee revealed that there is an “extremely small risk” of people suffering from blood clots after having the AstraZeneca jab.
So far, most blood clots cases have been reported in women under the age of 60.

“Based on the currently available evidence, specific risk factors have not been confirmed,” said the EMA.

Studies show that the AstraZeneca vaccine “is effective” at preventing the risk of hospitalisation and death from Covid.

The EMA reassured the public by stating that the chances of having a blood clot “is very low”.

“But you should still be aware of symptoms so you can get prompt medical treatment to help recovery and avoid complications,” it added.

People who have already had the AstraZeneca vaccine without any troubling side effects of a blood clot are encouraged to get the same vaccine again.

This means people who are going for their second dose should still have the AstraZeneca vaccine if that’s what they were given the first time round.