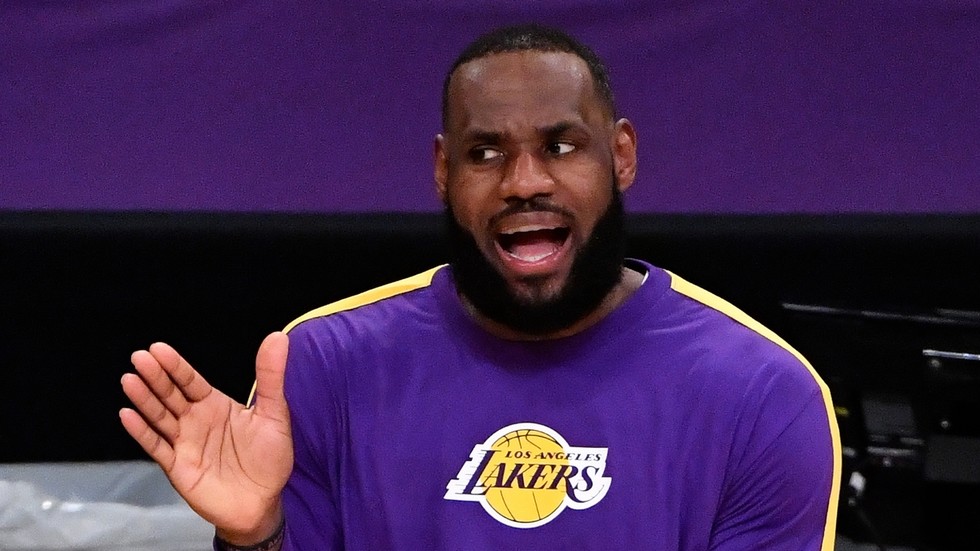 A coffee shop owner in the US has been fired from his role after leaving a derogatory comment on a post by social justice warrior LeBron James, with bosses axing him over three “inappropriate and uncalled for” words and an emoji.

Stephen Bruno Jr, who ran a branch of popular chain PJ’s in Louisiana, unwisely reacted to a status update by the Los Angeles Lakers talisman.

When James called for his vast audience to help “protect our young black women and men”, the franchisee replied by curtly telling him to eat an eggplant emoji – interpreted by most as a reference to a penis.

Kenn Barnes saw the exchange and posted a screenshot of it alongside Bruno’s Facebook biography, in which he claimed to be a “franchisee at PJ’s Coffee”.

PJ’s Coffee does not tolerate hatred or disrespect of any kind. The words used by Stephen Bruno Jr. were inappropriate and uncalled for. Our PJ’s Coffee brand and our locations take pride in supporting the diverse communities in which we serve. Stephen Bruno Jr. has been (CONT)

That led to the company removing Bruno from their ranks, adding in a statement that they had taken swift action in order to keep “supporting the diverse communities in which we serve” – even though Barnes pointed out that he did not call for any punishment.

“When I made the post, I never said ‘this is despicable, he shouldn’t say this’ or ‘he should lose his franchise’ or ‘he should be canceled’ or anything of that sort,” Barnes insisted to KHOU. “I [just] posted his words.”

Not defending his comment or saying it was acceptable but is the punishment justified? I mean they took away his career over one comment?

Why wouldn’t it be? Any normal company that saw their employee saying that online or in person would be terminated.

Reaction to the firing was divided online, with some applauding bosses and others claiming that Bruno had become the latest victim of “wokeness”.

“PJ’s need to eat a d*ck,” seethed one unimpressed reader. “Given Lebron James’ behavior lately, Bruno’s tweet was appropriate. It’s a shame you had to involve yourselves in protected free speech like this.”

If this is true it is absurd. James should call the company and ask they rethink that decision.

Don’t go around supporting cancel culture 🙄 buddy should’ve read his contract, can’t damage the company’s brand. Follow the rules you agreed to you and you’ll be fine.

James removed a tweet last month after admitting it would stoke hate in the aftermath of the shooting of Ma’Khia Bryant, a 16-year-old black girl who had appeared to attack two other people with a knife in Ohio.

Shortly after police officer Derek Chauvin was convicted for the murder of George Floyd, James posted a photo of officer Nicholas Reardon – the man allegedly involved in Bryant’s shooting – alongside the words “you’re next”, a hashtag of “accountability” and an hourglass emoji.

That earned him fresh criticism from the likes of former president Donald Trump and Jay Linneman, a bar owner in Ohio who responded by saying that James was not welcome at his venue.

“They just need to play the game and that’s it,” Linneman said, discussing basketball players attempting to take the moral high ground.

“Their opinion doesn’t really matter. They’re using their position to push their opinions, and that’s just not right.”

Linneman claimed that if Trump or his successor, Joe Biden, made similar demands, calls would be made for impeachment.

“If anyone wants to watch an NBA game, don’t come to Linnie’s Pub,” he warned on Facebook. “We will not air them until Lebron James has been expelled from the NBA.”

Getting wind of the news, James responded with a jokey tweet that read: “Aww, damn. I was headed there to watch our game tonight and have a drink. Welp.”

Confirming that Bruno had been removed as the owner of one of their New Orleans shop locations, PJ’s announced they would not “tolerate hatred or disrespect of any kind.”

“The words used by Stephen Bruno Jr were inappropriate and uncalled for,” they said.

Also on rt.com ‘Is this all he does? Complain?’ Fans rip ‘whining’ LeBron as Lakers star says ‘someone should be fired’ for NBA postseason plans