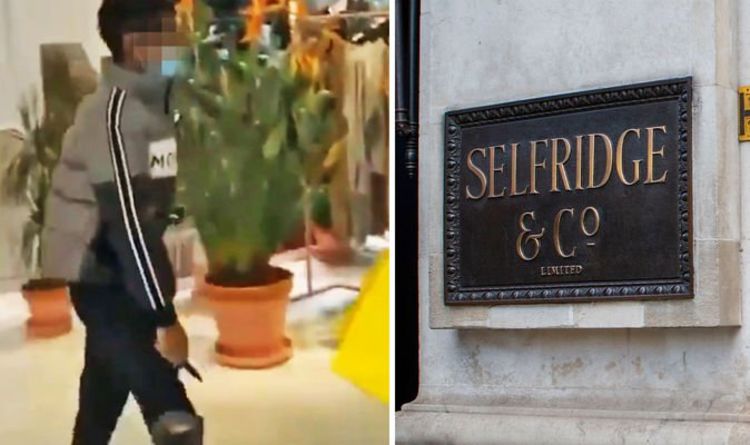 The incident took place at 7.30pm on Saturday, May 8 at Selfridges in Oxford Street, London. Police said they were called to reports of a fight at the store.
A video on Twitter of the incident shows a group fighting within the store while one man is seen holding a knife, wielding the blade by his side.

One man was taken to hospital and treated for stab injuries to his leg following the incident but his condition is not considered life-threatening.

Police said the victim of the stabbing has also been arrested as part of an ongoing investigation into the incident.

An appeal for information has also been launched by the Metropolitan Police.

A Met Police spokesman said: “Officers were called at approximately 19:35hrs on Saturday, 8 May to reports of a fight at Selfridges in Oxford Street, W1.
“On attending the location, officers found a man, aged 20, with a stab injury to the leg.

“He was taken to hospital for treatment before being discharged.

“He was subsequently arrested on suspicion of affray and remains in custody.”

A spokesperson for Selfridges London Oxford Street said: “We can confirm there was an incident in store on Saturday evening.

“The safety of our team members and customers is our utmost priority.

“We are doing all we can to support the police with their investigation.”