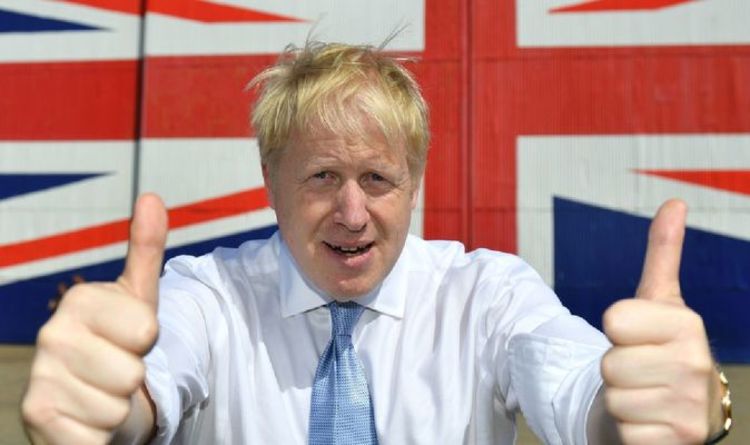 The Prime Minister will announce the further relaxation of lockdown restrictions at a 5pm Downing Street press conference on Monday. Stage three will come into effect on May 17, allowing up to six people or two households to meet indoors, as well as the return of indoor service at restaurants, pubs and cafes. At the same time, holidaymakers will be able to travel abroad again for their long awaited summer breaks.
Mr Johnson said on Sunday: “The data reflects what we already knew – we are not going to let this virus beat us.

“The roadmap remains on track, our successful vaccination programme continues – more than two-thirds of adults in the UK have now had the first vaccine.

“We can now look forward to unlocking cautiously but irreversibly.

“It’s because of the British public’s unwavering commitment that we are saving lives, protecting the NHS and controlling the virus.”

He told the BBC’s Andrew Marr on Sunday: “As we move into stage three of our roadmap it will be the case that we will see people capable of meeting indoors.

“And without prejudice to a broader review of social distancing, it is also the case that friendly contact, intimate contact, between friends and family is something we want to see restored.”

READ MORE: Labour ex-council chief claims “The voters have let us down!”

She added that there was also growing evidence of community transmission in London of the Indian variant, where cases are thought to be doubling every week.

“Now that’s obviously concerning, because we don’t yet know what effects it’s likely to have on our vaccine programme,” she said.