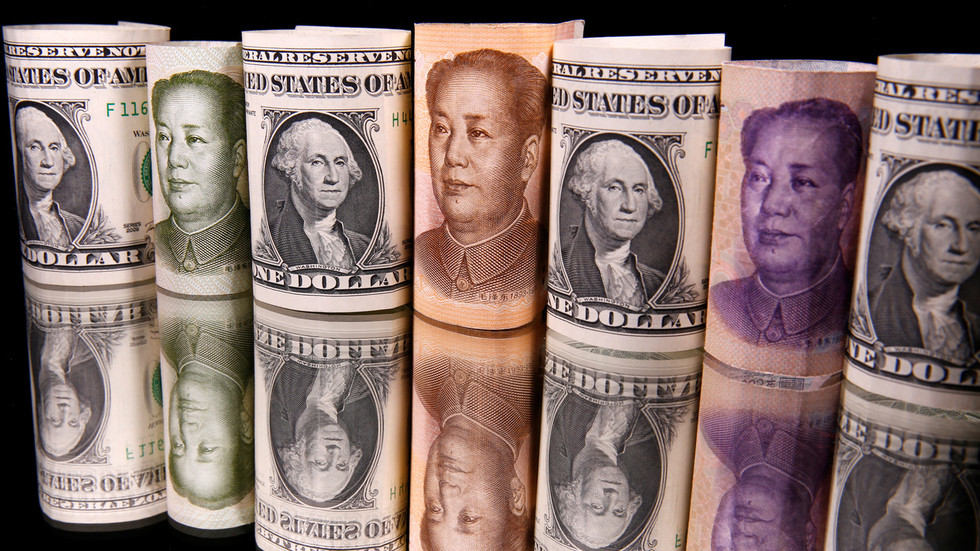 China’s currency, the yuan, has nearly hit a three-year high against the US dollar. The rally comes shortly after weak US jobs data weighed on the greenback, and as China continues its strong recovery from Covid-19.

The onshore yuan gained as much as 0.3% to 6.4114 a dollar on Monday, according to Bloomberg data. It means the Chinese currency has recovered all its losses seen earlier this year, and hit its strongest level against the greenback since June 2018. The yuan also surged against other currencies. The CFETS RMB Index, which tracks the yuan’s performance against the US dollar as well as 23 other currencies, was almost at a three-year high.
Also on rt.com China says it has no plans to oust US dollar with digital yuan
The yuan’s appreciation comes after disappointing US jobs data on Friday. The report showed that 266,000 roles were created in April – only around a quarter of what analysts had expected – triggering concerns about the pace of the US’ economic recovery and pushing down the dollar. The dollar briefly hit its lowest in more than two months on Friday.

“The yuan will continue to strengthen, as, apart from a weaker dollar, the Chinese currency is also being supported by capital inflows and large trade surplus,” the managing director for treasury and markets at DBS Hong Kong, Tommy Ong, told Bloomberg.
Also on rt.com Russia slashes dollar & euro from reserves in favor of gold & yuan
However, the analyst believes the Chinese central bank will try to slow the yuan’s rapid gains, albeit without direct intervention. If the Chinese currency strengthens too fast and by too much, it will affect the competitiveness of China’s exports.

The yuan is becoming increasingly attractive, as the world’s second-largest economy continues to rapidly recover from the coronavirus pandemic. According to the latest customs data, China’s foreign trade jumped 28.5% in the first four months of 2021 compared to a year ago, and the Chinese economy expanded by a record 18.3% in the first quarter.