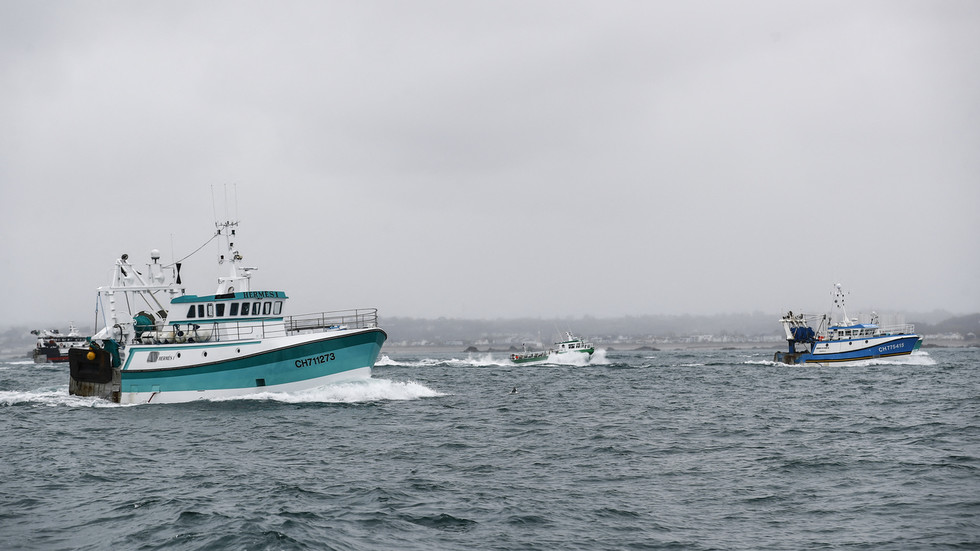 French Secretary of State for European Affairs Clement Beaune has hit out at the UK once again over the ongoing fishing dispute, warning that Paris will not sit idly by if Britain fails to grant licences to French fishermen.

In an interview published by the Journal du Dimanche on Sunday, the official said that some 40 licences are still pending approval. While he is confident that they get through, he said that France “will not hesitate to take retaliatory measures in other areas, such as access to financial services” if they are denied.

This is not the first time Beaune has warned about France taking retaliatory steps on the UK’s financial sector. Last month, the official said Paris will not give authorizations for financial services the UK has asked for “until we have guarantees that, on fisheries and other issues, the UK respects its commitments.”
Also on rt.com France says Jersey fishing row can be ‘quickly unblocked’ by applying post-Brexit trade deal, as UK looks to withdraw naval boats
Fishing rights were one of the most debated topics during the Brexit negotiations. Under the deal, EU vessels did not lose their access to UK waters, but the bloc’s fishing quota in UK waters will be reduced over the next five years. After that the quotas, which currently stand at 25%, will be renegotiated annually.

Tensions have been mounting between London and Paris, with French fishermen complaining over difficulties in obtaining post-Brexit licences from the UK, and from the small island of Jersey in particular.
Also on rt.com Jersey hits back after Paris threatens to turn lights off on the island if French fishermen aren’t given access to waters
The situation is partly about a “bureaucratic hitch,” Hilary Fordwich of the British-American Business Association earlier explained to RT. According to the analyst, Jersey demanded that the boats demonstrate using GPS systems that they have a previous track record for fishing in those waters, but most of the vessels don’t have GPS.

The latest escalation saw the UK and France dispatching military boats to the island as dozens of French fishing boats staged a protest in the area. Earlier this week, French Maritime Minister Annick Girardin said that France could leave Jersey without electricity.