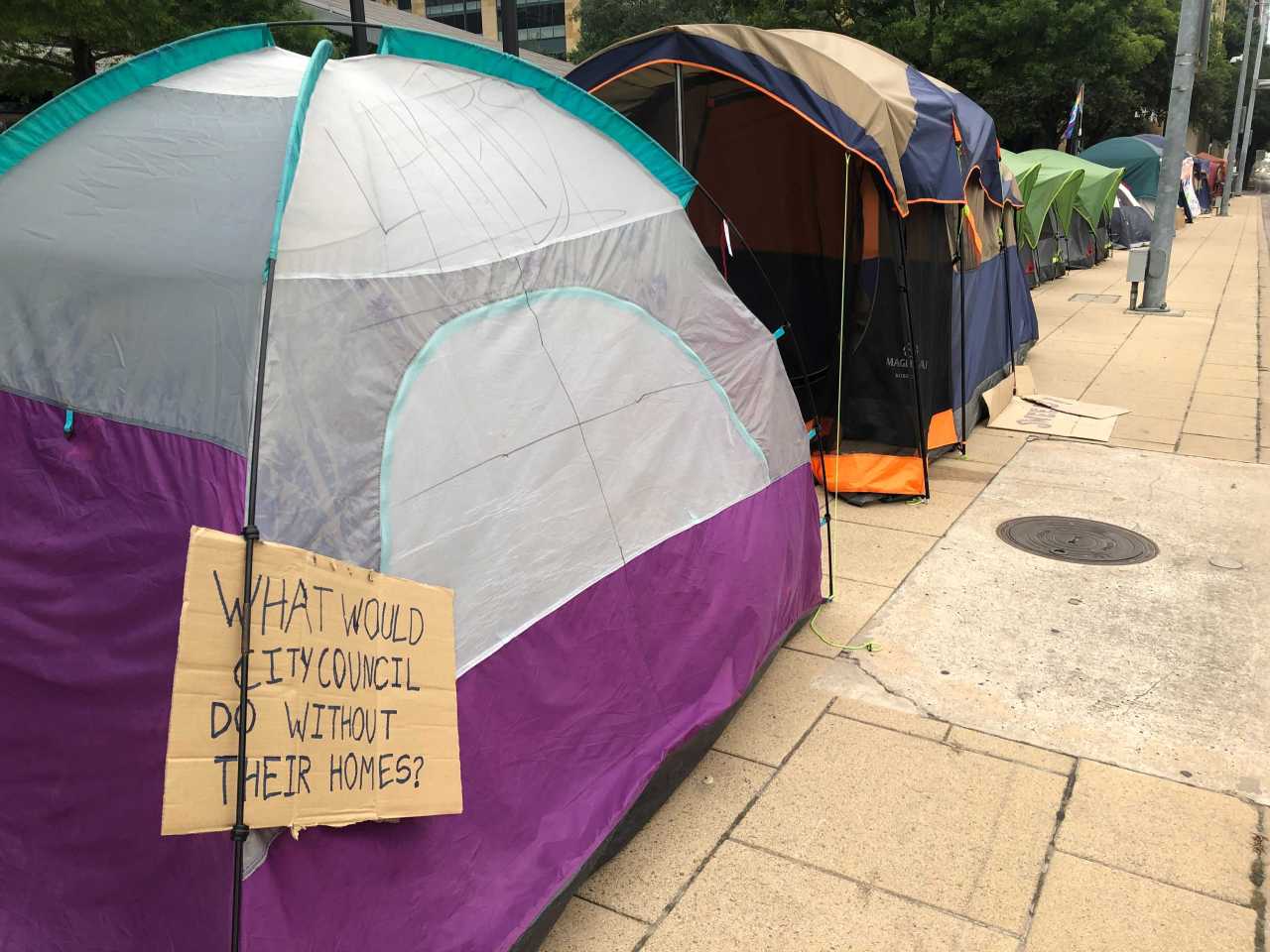 AUSTIN (KXAN) — As the reinstatement of Austin’s homeless camping ban begins Tuesday, May 11, the City of Austin has released a plan for how it will be implemented.

On May 1, voters chose to pass Proposition B, which made sitting, lying or camping on public property a Class-C misdemeanor — in addition to adding restrictions on panhandling.

Everything we know about the new Austin camping ban

Effective Tuesday, May 11, a 30-day period of community engagement and education will begin. During this time, the Austin Police Department will provide verbal warnings to those found camping — in addition to resource information. This excludes instances that are of imminent safety or health concern.

Phase 2 will be another 30-day period, during which APD will begin issuing written warnings and initial citations.

During Phase 3, APD may initiate arrests and/or begin clearing out encampments in areas that have not been cleared following citations.

During Phase 4, citations and arrests will continue as needed. APD will work with City of Austin homeless outreach teams to help provide further information on resources, when available.

All citations issued for violation of the new ordinance will be directed to the Downtown Austin Community Court, or DACC, where personnel evaluate each case and develop disposition plans that include connecting individuals to needed social services and/or assigning them to community service.

While the City issued basic information on Monday, the timing is not satisfying some.

“I think it’s coming out too late,” Austin City Council member Mackenzie Kelly said of the plan during an event Monday. “My concern is, why didn’t we have a plan in place? We knew this was going to happen.”

Some people experiencing homelessness told KXAN Monday they felt left in the dark about the plan.

“I think people should know what’s going to happen tomorrow, like how crazy it’s going to be down here,” said Roger Roque, who’s been camping outside of City Hall.

“If they’re obviously in the middle of enforcing things, then it’s just shut your mouth and go,” said Michael Melchionda, who isn’t sure where he’ll move his tent.

However, Trisha English, who’s also experiencing homelessness expects a lot of her friends to stay put until they’re forced to move.

“Some of them will stand their ground, and they will stay. This is not right,” English said.

The proposition reinstating the ban passed a little more than a week ago with 57.7% of Austinites voting for the ban and 42.3% voting against it.

The City of Austin will host a conference on the implementation plan at noon Tuesday. KXAN will stream the event in this story, at KXAN.com, on the official KXAN News Facebook page and in the KXAN News app.