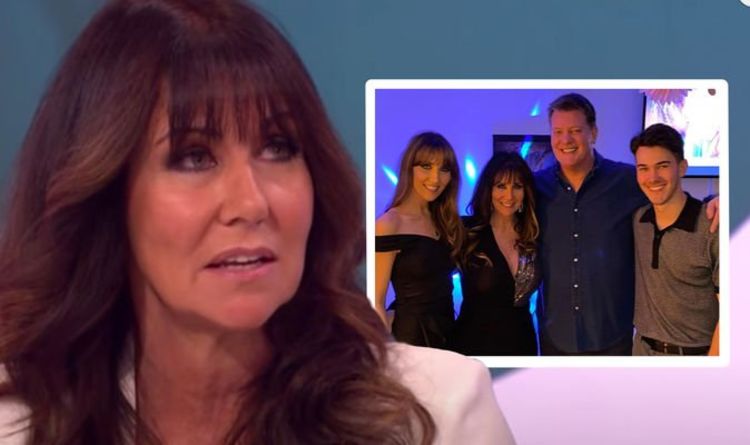 Former Emmerdale actress Linda Lusardi, 62, was left at “death’s door” in March last year, after she was admitted to hospital with coronavirus. Her near-fatal experience with the illness was so severe that her children Lucy and Jack have had to have therapy to help them “process the stress”.
Linda’s husband Sam Kane, was also treated in hospital after contracting Covid, and later developed pneumonia.

In a new interview, the star opened up about her ordeal saying: “It’s been horrible for everybody.

“My kids have had therapy (due to) the trauma of nearly losing both of us. Then we lost our dog.”

She added: “It’s a year you want to zip up in a suitcase and throw over the hill.”

The actress was put on oxygen and faced the prospect of being intubated, with one doctor saying they were “unable to guarantee” her survival.

Sam told the Loose Women panel last year that there was one point where he thought she had died, and Linda went on to explain that he still gets flashbacks of the fear he faced that she might not come home.

“I did think about therapy but I didn’t in the end,” she said.

The former glamour model revealed it took her eight months to recover from the virus and she still struggles with tiredness.

She also wonders whether she has been left with liver damage, as she is left feeling ill after drinking alcohol.

She told Mail Online: “Since Covid I can’t drink. I can’t drink alcohol so it makes me wonder if I have slight liver damage.

“I just feel really ill about half an hour after I’ve drunk it… and I love my gin and tonics, my Prosecco.”