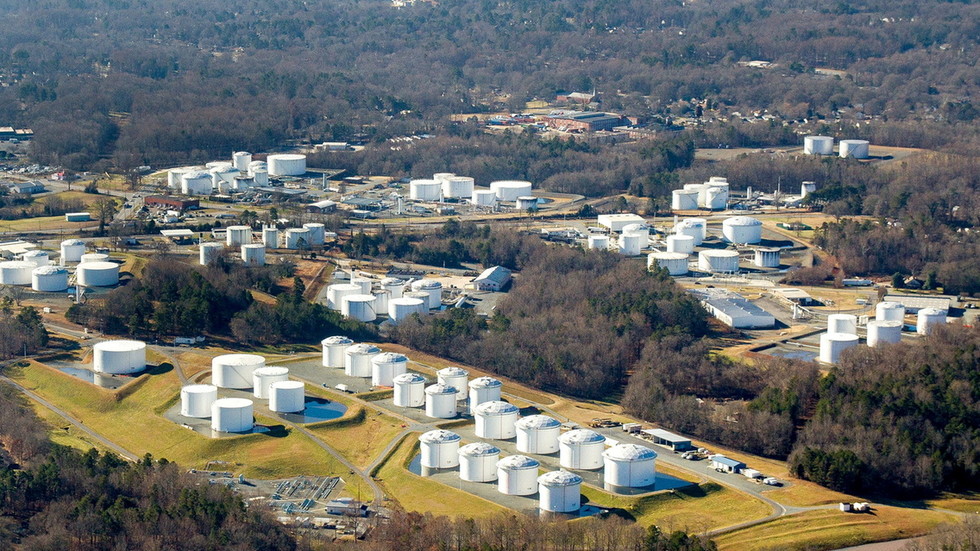 Crude and fuel price rose on Monday as one of the largest fuel pipeline systems in the US remained largely shut down after a reported cyberattack. The US has declared a state of emergency in 17 states due to the situation.

Both Brent and US West Texas Intermediate futures climbed around 0.7% to $ 68.79 a barrel and $ 65.37 a barrel respectively on Monday morning. Meanwhile, US gasoline futures and heating oil jumped around 1%.

The spike comes shortly after Colonial Pipeline, the operator of a key gasoline pipeline that transports about 45% of fuel consumed by the US East Coast, said it had been hit by a cyberattack. The company had to halt operations of its main lines, with only smaller lines between terminals and delivery points remaining operational. The operator is still struggling to get the full system back online, and did not say when it would be able to do that.
Also on rt.com Largest US pipeline halts all operations after cyber-attack
Some analysts warn that longer disruptions could push prices at the pumps higher. According to Bloomberg, average US gasoline prices may rise to $ 3 a gallon – their highest since 2014 – faster than previously expected, until Memorial Day at the end of May.

“If it [disruption] lasts longer, it’s likely to result in some location dislocations – shortage of oil products in the East Coast, abundance in the Gulf region. That will support New York product prices and might attract more oil products from abroad,” Giovanni Staunovo, commodity analyst at UBS Group AG, said, as cited by Bloomberg.