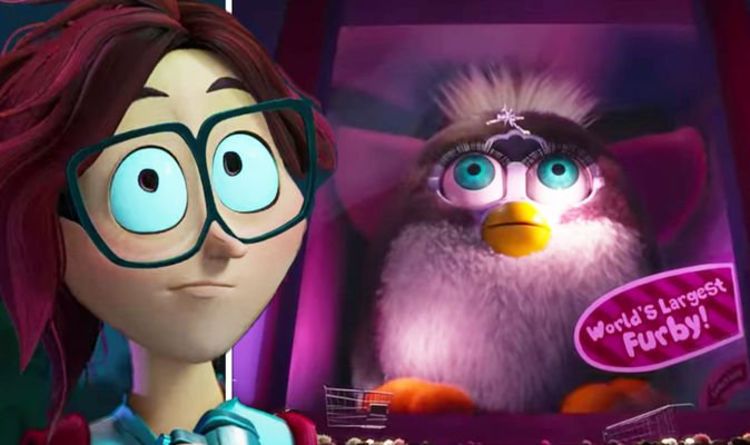 This month Netflix released the next film from creative directors Christopher Miller and Phil Lord, The Mitchells Vs The Machines. The pair have been responsible for the likes of The Lego Movie franchise, 21 Jump Street and Spider-Man: Into the Spider-Verse. During this bombastic and exciting film, the Mitchell family go up against an army of robots determined to enslave humanity. The bots planned on doing so by employing all the machines they could find, including Furbies.
Furbies were real-life toys that were originally released in 1998 by Hasbro. These cute creatures would talk with their owners, sing, eat and sleep.

During the second act of The Mitchells Vs The Machines, the family stumbled upon a large group of sentient Furbies who tried to destroy the protagonists.

In a new video released by Netflix, director Mike Rianda and Lord & Miller discussed this extensive scene shot-by-shot and revealed its origin story.

Miller began by saying: “This is shot like a horror film which I think is great.”

When the smaller creatures are defeated by the Mitchells, they bring a giant Furby into the fight who chases the family and shoots lasers at them.

Miller said: “I believe this Furby is voiced by director Mike Rianda!”

Rianda said: “It could only be me!” Before adding: “The Furby can shoot out a giant laser. Some have questioned why, which, is a good question.”

While the team had to do a lot of work to get the Furby plot included in the film, Rianda has recently revealed a previous script involved kidnapping a former President of the United States.

Speaking to CBR, Rianda said: “It was before the 2016 election, and when the President seemed funnier!

“So it was in 2015 when I pitched the movie, and I just really liked the idea of seeing a normal family, like your bonehead parents having to actually be like: ‘OK, I have to fight a robot. Oh my god, what’s happening?’

“I thought it would be equally funny to see them having to kidnap the President of the United States.”

The Mitchells Vs The Machines is available on Netflix now.