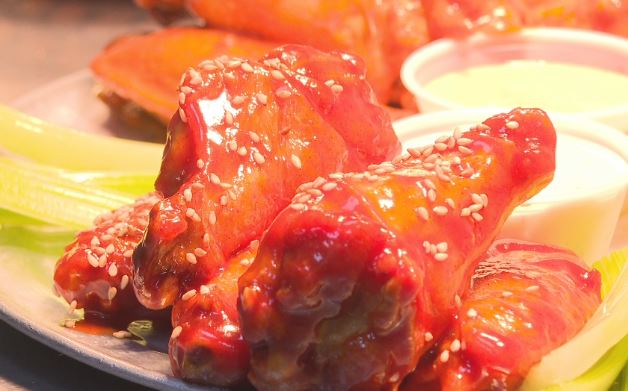 AUSTIN (KXAN) — The days of all you can eat wings have been put on hold as the nation is facing a chicken wing shortage.

“Every time there is a big game or sporting event we always anticipate a whole lot of to-go traffic or dine-in traffic,” said Paul Blackstone, the manager of Wingzup, a locally-owned restaurant that specializes in wings.

The pandemic initially slowed business at Wingzup, but now more people are showing up. The problem is getting wings is not as easy as it was before the pandemic.

Where’s the boba? How increased online shopping led to a national shortage

“We have had trouble getting wings every week,” Blackstone said.

Why is this happening?

There are other factors contributing to the shortage as well, from high feed prices to the winter storms that shut down some chicken farms.

“If we have growing demand and a tighter supply, then prices go up, which is the market’s signal for, ‘Hey, let’s make some more chicken,’ but that takes time to get it done,” Anderson said.

How much do wings cost compared to last year?

“It is going to take some months to get through,” Anderson said.

Those changes could mean different cuts of chicken in the grocery stores. In fact, chicken prices across the board are higher than in years past, Anderson said.

“Some of the dark meat, the legs and leg quarters are starting to increase in price as well,” Anderson said. “The ones that have gone up the most are the breasts and wings, but the legs are coming up. In fact, they are now higher in price than they were a year ago as well. So we are really starting to see it spill over into everything.”

Anderson says prices usually rise during the Super Bowl but this year they just kept going up. He does expect things to get back to normal as the economy continues to open up and chicken production continues to increase.

“We are all just hoping things get back to normal,” Blackstone said.