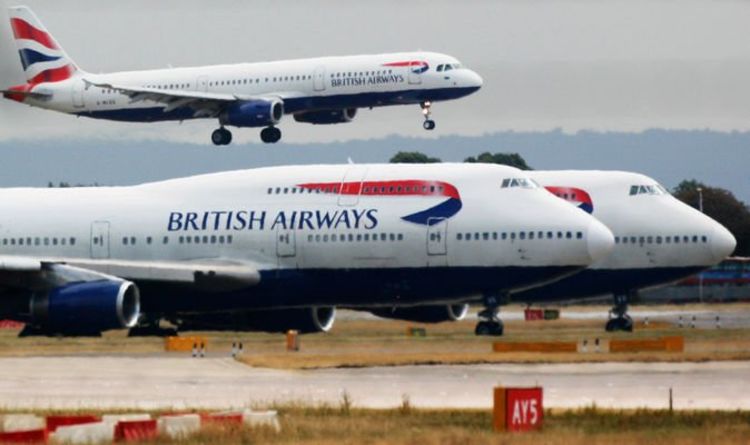 The airline sent a message to passengers booked on Heathrow to Faro flights on May 17 saying: “You can only travel internationally from England for legally permitted reasons. This does not include holidays. You may be required to show [a Declaration to Travel] form at the port of departure.
“It is an offence to enter a port of departure or embarkation point without a properly completed form if you are travelling internationally. Some job-related exemptions apply.

“You may be issued with a fixed penalty notice and directed to return home if you do not have a valid reason for travel.”

Simon Calder writes in the Independent that passengers are told they must complete a Declaration to Travel form, even though the forms will be abolished after Sunday.

Mr Calder wrote on Twitter: “International travel from 17 May is tricky enough. Now BA adds to the confusion by warning passengers flying to ‘green list’ nations that day:

“2. They must fill in a Declaration to Travel

“Awaiting a response from the airline.”

Portugal is one of the few countries on the UK’s green list from which no quarantine is required by returning travellers.

Other countries on the green list are Israel, South Georgia, the Faroe Islands and the Falklands.

People are advised against travelling to countries on the amber and red list, but this warning has no legal force.

Wales, Scotland and Northern Ireland have yet to set out their new rules on international travel.

Experts have voiced their concern over the risks of new variants spreading through returning holidaymakers.

Members of the Scientific Advisory Group for Emergencies (SAGE) think the traffic light system amounts to “window dressing”, and believe it is not based on evidence showing the risks from new Covid variants.

Speaking at a Downing Street briefing, Mr Shapps said the changes were a “tentative” first step to opening.

The secretary said the UK’s approach to travel was “necessarily cautious” and added the “success in combating Covid” in the UK was “not yet replicated in many places abroad”.

He then said: “We must make sure the countries we reconnect with are safe.”