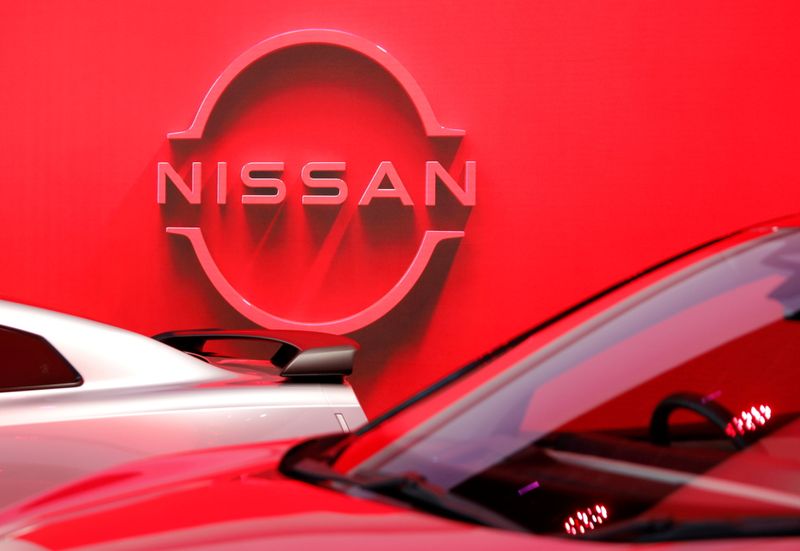 TOKYO (Reuters) -Nissan Motor Co expects to break even this business year, defying expectations for a return to profitability, as the global chip shortage curbs its recovery from a record annual operating loss.

“The fiscal year 2020 was the year dominated by the COVID-19 pandemic and impacted by multiple factors including growth of environmental awareness and political as well as economic changes,” said Chief Executive Makoto Uchida.

The Japanese carmaker’s break-even forecast for the year that began April 1 was lower than a 241.7 billion yen profit predicted by 18 analysts compiled by SmartEstimate.

The global auto industry has been grappling with a chip shortage since the end of last year, exacerbated in recent months by a fire at a chip plant in Japan and blackouts in Texas where a number of chipmakers have factories.

That forced Japan’s No. 3 carmaker by sales to cut production of its best-selling Note compact car in Japan and make short-term output adjustments at its North American operations last quarter.

The ongoing shortage of semiconductors will likely hurt car makers this business year too, including Nissan (OTC:). The alliance partner of Renault SA (OTC:) will slash production at several factories in Japan in May, three sources with direct knowledge of the plan told Reuters last month.

Nissan has also struggled to make money as it pulls back from the global expansion pursued by ousted chairman Carlos Ghosn that left it with an aging vehicle line-up. It has not made a profit since the year ended March 2019.

Nissan said its annual operating loss in the year ended March 31 widened to 150.65 billion yen ($ 1.38 billion) from a 40 billion yen shortfall in the previous year.

However, it beat its February forecast of a 205 billion yen loss thanks to a sales recovery in China and cost cutting.