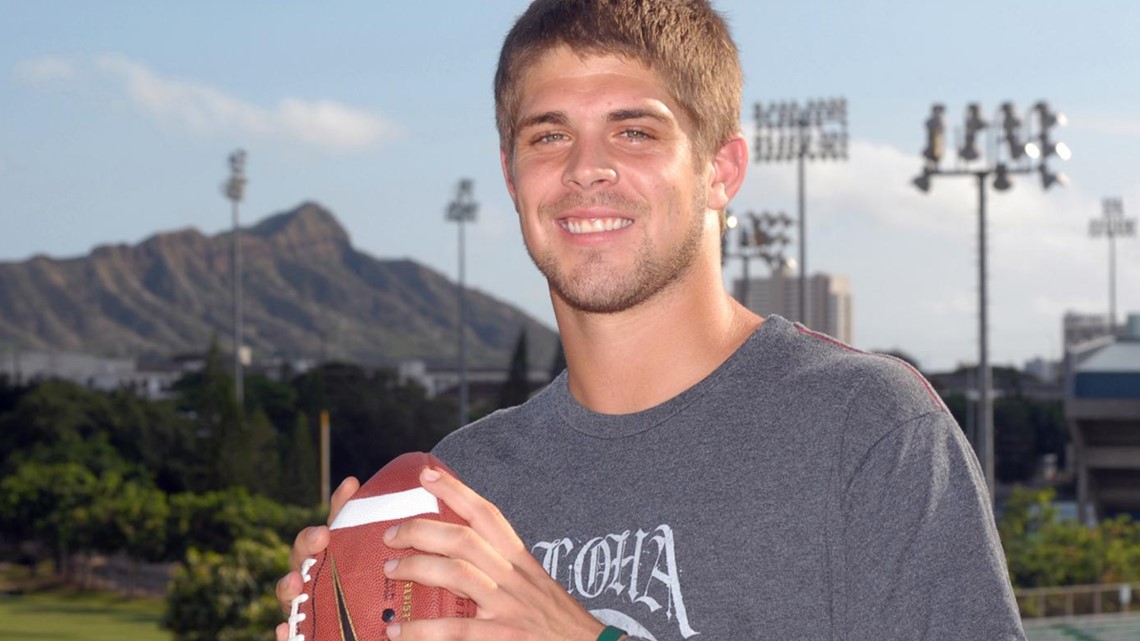 Colt Brennan set several NCAA records as the quarterback for the University of Hawaii football team.

WASHINGTON — Former NFL quarterback and 2007 Heisman Trophy finalist Colt Brennan has died, according to multiple reports. He was 37.
His death was confirmed by his father, Terry Brennan, to the Honolulu Star Advertiser.
He told the newspaper his son was participating in an inpatient treatment program at a rehab facility in California when he was found unconscious a few days ago. Terry Brennan told the outlet his son died Monday.
Terry Brennan told the Star Advertiser that Colt “was doing so well, the spark was back in his eyes, and he was healthy and doing great, and it happened.”
The specific cause of death was not immediately known.
As NBC Sports reported, Brennan backed up future Heisman-Trophy winner Matt Leinart while in high school, before playing for multiple junior colleges, including one in Colorado. He was later recruited to Hawaii by June Jones.
Brennan was eventually a Heisman Trophy finalist himself while at Hawaii, and held his ground as an all-time record holder for highest career completion percentage in FBS college football and set the single-season record for touchdown passes, NBC Sports noted.
In 2007, he finished third in Heisman Trophy voting. Brennan threw over 4,300 yards and 38 TDs while playing for Hawaii. He was the first Heisman Trophy finalist in Hawaii football history, according to Hawaii News Now.
Brennan was drafted by Washington in the 6th round of the 2008 NFL draft, but did not see regular action that year. His 2009 campaign was cut short by injury.

Former Washington Football QB Colt Brennan has died, per family. Brennan was drafted by Washington in the 6th round of the 2008 NFL draft. @wusa9 @WUSA9sports pic.twitter.com/xu2F44keeG
— Darren M. Haynes (@DarrenMHaynes) May 11, 2021

In 2010, he was seriously injured in a car crash where he was hospitalized for eight days. In 2014, he was diagnosed with a traumatic brain injury, which Brennan said was caused by the crash.
This is a breaking story and will continue to be updated.