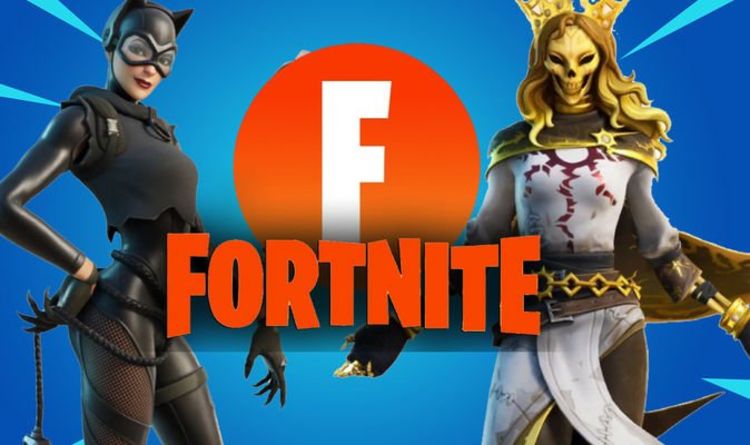 Fortnite update 16.40 is about to be released on PS5, PS4, Xbox Series X, Xbox One, PC, Nintendo Switch, PC and Android.

The next major Fortnite update has a May 11 release date on consoles and PC.

As a big numbered update, v16.40 will launch alongside a period of server downtime, which kicks off at 9am BST in the UK.

While there’s no official server downtime schedule, fans can expect the game to come back online by 11am BST at the latest.

The news was announced by Epic Games on Twitter, complete with teasers and streamlined patch notes for update 16.40.

Based on the wording of Epic’s tweet, some fans believe Fortnite is preparing for a Hunger Games crossover. Participants in the Hunger Games are referred to as Tributes, which ties in to Epic’s teaser.

Epic is also teasing the release of a female Oro skin, which you can get a glimpse of in the tweet below.

According to the update 16.40 patch notes, the Exotic Marksman Six Shooter will join the game, while the Dub shotgun will be vaulted.

You can see the full list of Fortnite update 16.40 patch notes below.

• Catch a win in the next Wild Week starting May 13

• As part of this update, we’ll be vaulting the Exotic shotgun The Dub

– We are aware of visual issues with the Toon Meowscles and similarly-styled Outfits on the PC Performance Mode alpha, Nintendo Switch, and Android.

– When playing Fortnite, players cannot create system-level parties that include players on both PS5 and PS4.

• Landing at a different location than intended.

– Players will rarely find themselves dropped at a different location than where they were gliding towards after jumping out of the Battle Bus.

– When long-pressing the Inventory button to pull up the Crafting tab, players may sometimes see their first Craftable item selected instead of their equipped item if they have multiple craftable Items in their Inventory.

– The “Hunt Wildlife” Quest is currently not tracking progress properly.

– Before placing a Device or Gallery, the pre-placement HUD displays the incorrect memory cost.

• Build not properly editing when building/editing fast in Creative.

– We’re investigating an issue that is causing the Prop-O-Matic features to not function correctly.

– We’re investigating an issue where the “Recent Islands” list does not update after entering an Island.

– In docked mode, players are shown a ‘Keep These Video Settings?’ message and are unable to change their custom controls.