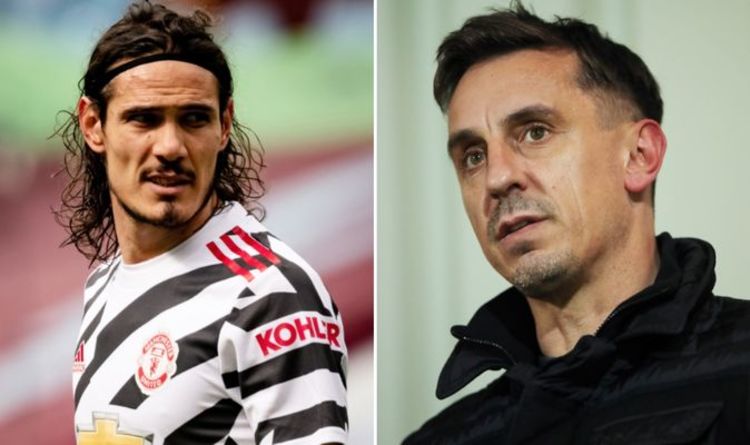 Neville then extolled the virtues of Cavani as an old-fashioned number nine who can lead the line and provide stability and leadership up front to help bring the best out of his young emerging teammates in the United strikeforce.

“This is a throwback. A classic centre-forward, makes brilliant runs, runs that you’d be taught 20 years ago, and I just think he’s been an absolute joy,” he enthused.

“They’re a better team with him in it. I think he’s in the best team. Always in great positions, the timing of his runs and finishing from those positions is the best in the league.