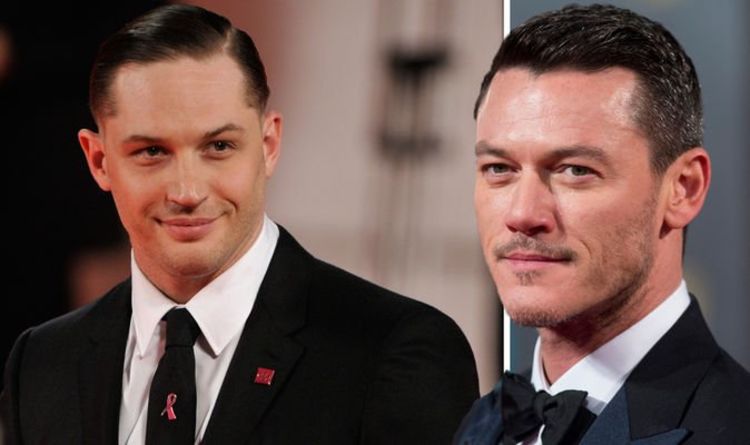 This week Hardy saw a boost in his popularity as the trailer for his film Venom 2: Let There Be Carnage was released. The British star has long been one of the favourites to take on the James Bond role after Craig steps down later this year following No Time To Die, but things aren’t looking good for the Bane actor.
In the past few months, a flurry of bets have changed the landscape of the Bond betting.

The British-Zimbabwean star subsequently topped the betting for 007, where he remains today.

At the moment Ladbrokes have given Page a staggering 2/1 on becoming the next Bond after Craig, making him the best bet for now.

However, the star could be dethroned after Beauty and the Beast actor Evans continues to rise up the ranks.

The Welsh actor recently had his odds slashed by the bookies to an impressive 4/1 – and his odds keep improving.

Earlier this month the booking agent revealed every “three in four bets” for the next Bond were for Evans, rather than Hardy or Page.

Ladbrokes’ Alex Apati commented: “Luke Evans is currently the punters’ pick to replace Daniel Craig and his odds have drastically tumbled as a result.”

Evans added: “It will be an exciting casting moment for the Bond production and I wish whoever gets it the best of luck.”

Although he hasn’t hit headlines as much as the other British contenders, Norton has maintained a powerful 3/1 odds with the bookies.

The McMafia actor still has the opportunity to claim the spot before the next film is released.

Whichever actor next takes on the mantle of Bond may have an entirely different theme to him.

Recent talks have sparked over what the next movie’s theme ought to sound like, with music producer Fraser T Smith suggesting it ought to employ a rapper rather than a singer, commenting: “It’s time, isn’t it?”

Smith added: “It could be Stormzy. With a John Barry-esque futuristic beat. It already sounds like something!”

Ladbrokes gave Stormzy 2/1 odds on getting the theme song after No Time To Die.