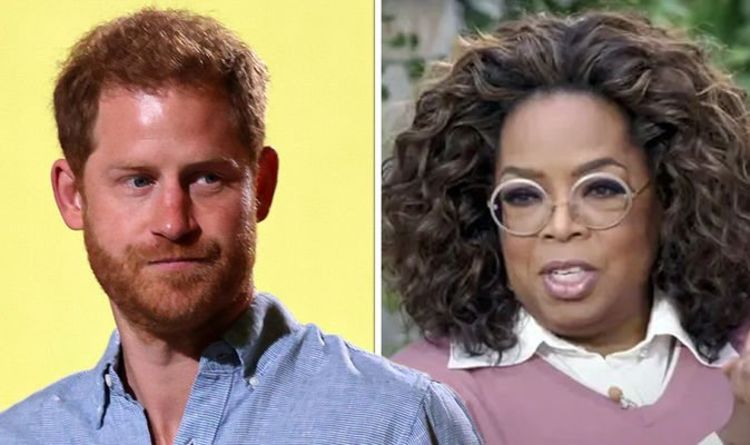 Oprah Winfrey, 67, interviewed Prince Harry, 36, and Meghan Markle, 39, back in March in a landmark chat about them leaving the Royal Family. Now Oprah will be reuniting with Prince Harry once again in a new series, which she announced in a statement blasting the “shame surrounding mental health”.
Taking to her Twitter to announce her new series called The Me You Can’t See, Oprah shared a rare statement.

She penned: “Now more than ever, there is an immediate need to replace the shame surrounding mental health with wisdom, compassion and honesty.

“#TheMeYouCantSee is a new docu-series, executive produced by Prince Harry and me, that features stories that help lift the veil on the current state of mental health and hopefully sparks a global conversation.”

The new show will be Apple TV+ on May 21 and it features several interviews with familiar faces.

Alongside the announcement, Prince Harry also shared a statement.

He said: “We are born into different lives, brought up in different environments, and as a result are exposed to different experiences.

“But our shared experience is that we are all human”.

He added: “The majority of us carry some form of unresolved trauma, loss, or grief, which feels – and is – very personal.”

“Yet the last year has shown us that we are all in this together, and my hope is that this series will show there is power in vulnerability, connection in empathy, and strength in honesty.”