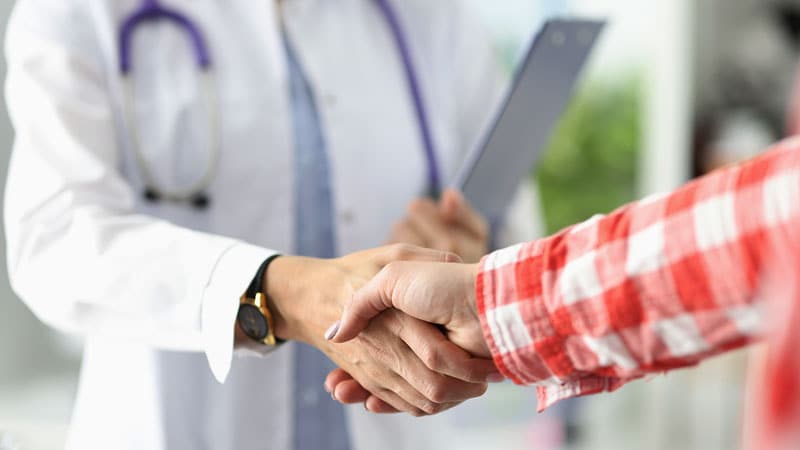 The more complicated a primary endpoint, the greater a puzzle it can be for clinicians to interpret the results. It’s likely even tougher for patients, who don’t help choose the events studied in clinical trials yet are increasingly sharing in the management decisions they influence.

That creates an opening for a more patient-centered take on one of cardiology’s most influential recent studies, ISCHEMIA, which bolsters the case for conservative, med-oriented management over a more invasive initial strategy for patients with stable coronary artery disease (CAD) and positive stress tests, researchers say.

The new, prespecified analysis replaced the trial’s conventional primary endpoint of major adverse cardiac events (MACE) with one based on “days alive out of hospital” (DAOH) and found an early advantage for the conservative approach, with caveats.

Those assigned to the conservative arm benefited with more out-of-hospital days throughout the next 2 years than those in the invasive-management group, owing to the latter’s protocol-mandated early cath-lab work-up with possible revascularization. The difference averaged more than 6 days for much of that time.

But DAOH evened out for the two groups by the fourth year in the analysis of more than 5000 patients.

Protocol-determined cath procedures accounted for 61% of hospitalizations in the invasively managed group. A secondary DAOH analysis that excluded such required hospital days, also prespecified, showed no meaningful difference between the two strategies over the 4 years, notes the report published online May 3 in JAMA Cardiology.

The DAOH metric has been a far less common consideration in clinical trials compared with clinical events, yet in some ways it is as “hard” a metric as mortality, encompasses a broader range of outcomes, and may matter more to patients, it’s been argued.

“The thing patients most value is time at home. So they don’t want to be in the hospital, they don’t want to be away from friends, they want to do recreation, or they may want to work,” lead author Harvey D. White, DSc, Green Lane Cardiovascular Services, Auckland City Hospital, University of Auckland, New Zealand, told theheart.org | Medscape Cardiology.

“When we need to talk to patients — and we do need to talk to patients — to have a days-out-of-hospital metric is very, very important,” he said. It is not only patient-focused, it’s “meaningful in terms of the seriousness of events,” in that length of hospitalization tracks with clinical severity, observed White, who is slated to present the analysis May 17 during the virtual American College of Cardiology (ACC) 2021 scientific sessions.

As previously reported, ISCHEMIA showed no significant effect on the primary endpoint of cardiovascular (CV) mortality, myocardial infarction (MI), or hospitalization for unstable angina, heart failure, or resuscitated cardiac arrest by assignment group over a median 3.2 years. Angina and quality of life measures were improved for patients in the invasive arm.

With an invasive initial strategy, “What we know now is that you get nothing of an advantage in terms of the composite endpoint, and you’re going to spend 6 days more in the hospital in the first 2 years, for largely no benefit,” White said.

That outlook may apply out to 4 years, the analysis suggests, but could conceivably change if DAOH is reassessed later as the ISCHEMIA follow-up continues for what is now a planned total of 10 years.

Meanwhile, the current findings could enhance doctor–patient discussions about the trade-offs between the two strategies for individuals whose considerations will vary.

“This is a very helpful measure to understand the burden of an approach to the patient,” observed E. Magnus Ohman, MD, Duke University School of Medicine, Durham, North Carolina, who was not involved in the trial.

With DAOH as an endpoint, “you as a clinician get another aspect of understanding of a treatment’s impact on a multitude of endpoints.” Days out of hospital, he notes, encompasses the effects of clinical events that often go into composite clinical endpoints — not death, but including nonfatal MI, stroke, need for revascularization, and CV hospitalization.

To patients with stable CAD who ask whether the invasive approach has merits in their case, the DAOH finding “helps you to say, well, at the end of the day, you will probably be spending an equal amount of time in the hospital. Your price up front is a little bit higher, but over time, the group who gets conservative treatment will catch up.”

The DAOH outcome also avoids the limitations of an endpoint based on time to first event, “not the least of which,” said White, is that it counts only the first of what might be multiple events of varying clinical impact. Misleadingly, “you can have an event that’s a small troponin rise, but that becomes more important in a person than dying the next day.”

The DAOH analysis was based on 5179 patients from 37 countries who averaged 64 years of age and of whom 23% were women. The endpoint considered only overnight stays in hospitals, skilled nursing facilities, rehabilitation centers, and nursing homes.

DAOH = Days Alive out of Hospital

There were many more hospital or extended-care facility stays overall in the invasive-management group, 4002 vs 1897 for those following the conservative strategy (P < .001), but the numbers flipped after excluding protocol-assigned procedures: 1568 stays in the invasive group compared with 1897 (P = .001)

There were no associations between DAOH and Seattle Angina Questionnaire 7–Angina Frequency (SAQ7-AF) scores or DAOH interactions by age, sex, geographic region, or whether the patient had diabetes, prior MI, or heart failure, the report notes.

The primary ISCHEMIA analysis hinted at a possible long-term advantage for the invasive initial strategy in that event curves for the two arms crossed after 2 to 3 years, Ohman observed.

Based on that, for younger patients with stable CAD and ischemia at stress testing, “an investment of more hospital days early-on might be worth it in the long run.” But ISCHEMIA, he said, “only suggests it, it doesn’t confirm it.”

American College of Cardiology (ACC) 2021 Scientific Sessions. Session 910, Highlighted Original Research: Ischemic Heart Disease and the Year in Review. Abstract 910-10. Days Alive Out Of Hospital With Initial Invasive vs Conservative Management in the ISCHEMIA Trial. To be presented May 17, 2021.