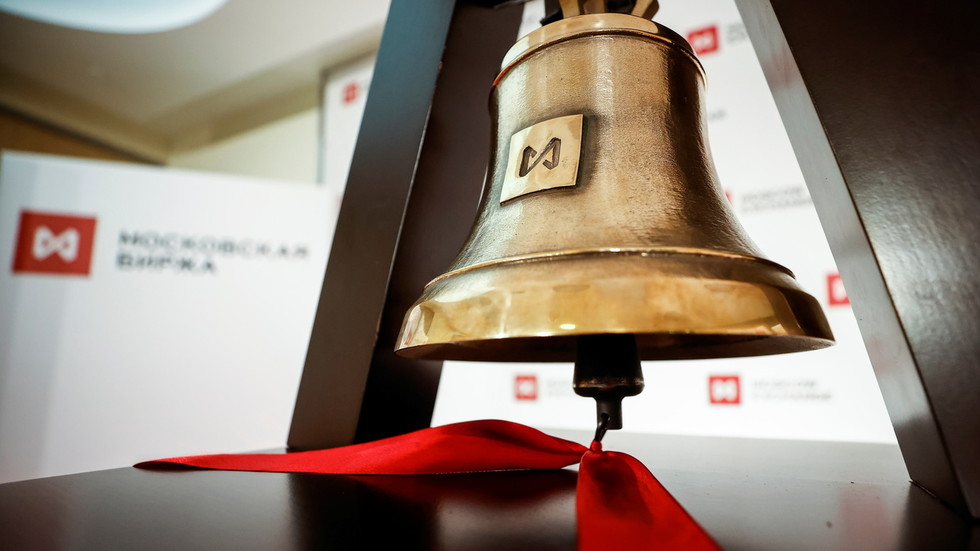 The main ruble-denominated index on the Moscow Exchange reached the 3,700-point level for the first time ever on Monday, as global oil prices continue to climb.

The ruble-traded MOEX index was up nearly 0.7% on Monday afternoon and stood at 3,708 points as of 11:55am GMT. Earlier in the day, the index, which covers stocks of major Russian companies listed on the Moscow Exchange, hit a new all-time high of 3,711 points.
Also on rt.com Russian economy returns to growth after pandemic-fueled downturn
The index has risen over 12% since the beginning of the year and is up by 4% in May alone. Monday’s gains mark the second time in less than a week that the Russian stock market has smashed its own record.

The stock rally comes as global crude prices continue to rise. It could be also linked to the inflows of cash from funds investing in Russia, RBC reported, citing analysts from investment company Freedom Finance. They pointed that the weakening of the US dollar boosts commodity prices as well as safe heaven assets like gold, and a lot of raw material companies are present on the Russian market.