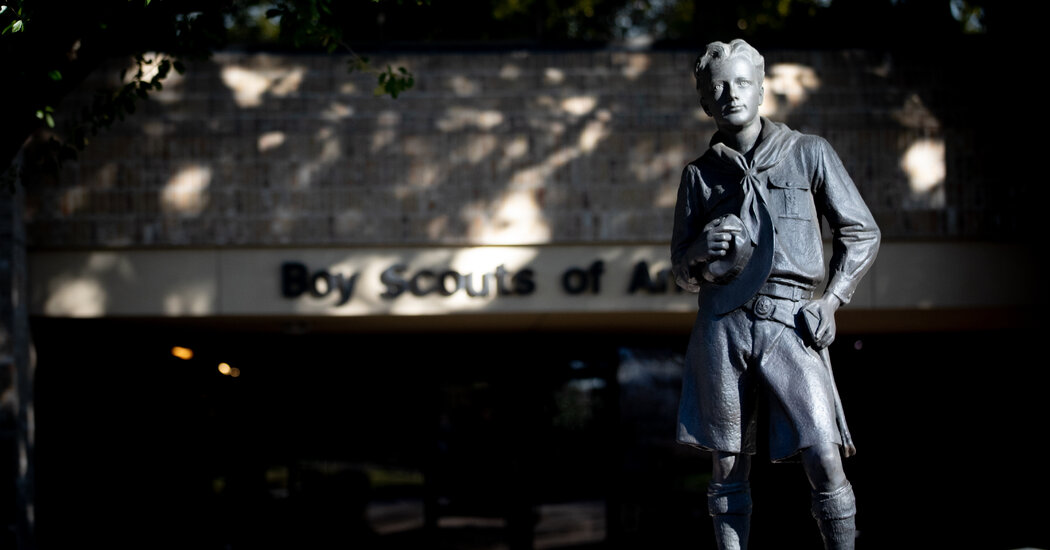 One lawyer negotiating a resolution to the multi-billion-dollar bankruptcy filed by the Boy Scouts of America billed $ 267,435 in a single month. Another charged $ 1,725 for each hour of work. New lawyers fresh out of law school have been billing at an hourly rate of more than $ 600.

The high-stakes bankruptcy case has drawn in lawyers by the dozens, negotiating how to compensate tens of thousands of people who have filed claims of sexual abuse. Lawyers and other professionals — both those representing the Boy Scouts and some who are representing victims — have submitted fee applications with the court that have now surpassed $ 100 million. By August, they could reach $ 150 million.

The hefty fees being charged to the Boy Scouts’ estate, which is money taken off the top of what could be offered to victims, have become a rising point of contention. U.S. Bankruptcy Judge Laurie Selber Silverstein, who is overseeing the case, has called the totals “staggering.” In a filing last week, one of the insurance companies that will be responsible for paying victims, Century Indemnity Company, asked the judge to hold back a portion of the legal fees until they can be more thoroughly reviewed.

Tancred Schiavoni, a lawyer who is representing the insurer, said the issue is not just the hourly billing rates, which he said are unusually high, but that law firms are deploying a large number of highly paid auxiliary staff members while making little progress toward a resolution.

“It’s sickening,” Mr. Schiavoni said in an interview. “This is the legal system off the rails — simply off the rails. This money all could have been used to solve the problem.”

The law firm representing the Boy Scouts, White & Case, reported 14 lawyers billing more than $ 1,000 an hour in a recent court filing. Representatives of the firm did not return calls seeking comment about the fees, but in filings they have described them as reasonable in light of the complexity of the bankruptcy, the costs of comparable work and the thousands of hours needed to properly work the case.

Founded in 1910, the Boy Scouts grew under a rare congressional charter to become an organization that shaped the values of millions of children. Abuse allegations began surfacing many decades ago, but the organization was able to keep the reports largely outside of public view until lawsuits helped expose files detailing a long history of abuse.

Amid the growing legal deluge, the Boy Scouts filed for bankruptcy protection last year, signaling the group’s intent to establish a trust to compensate victims. The organization has estimated the likely payout potential of the abuse claims at a range of $ 2.4 billion to $ 7.1 billion, according to records in the bankruptcy case, while a committee representing victims has valued the total claims at over $ 100 billion.

Either way, the case is many magnitudes larger than other recent sex abuse cases, including those filed against the Catholic Church and U.S.A. Gymnastics.

An estimated 85,000 victims from across the nation have reported instances of abuse that go back decades. Lawyers have battled over how much local Scout councils, which hold many valuable assets, should be contributing to the compensation fund. A web of insurance companies is jostling in the middle of it all, questioning whether all the claims that have flooded the court are legitimate.

While attorney fees in other areas of legal practice are often much lower than $ 1,000 an hour, the world of big-ticket bankruptcy court has developed into a particularly lucrative practice for top law firms. Some lawyers in the recent U.S.A. Gymnastics bankruptcy litigation filed for fees at or above $ 1,000 an hour.

Legal fees have also exceeded $ 1,000 an hour in the management of a multibillion-dollar victim trust that was set up after a 2019 settlement to compensate people in California who were impacted by wildfires blamed on Pacific Gas & Electric. In that case, many victims are still awaiting payments, but court filings show that the trustee and several people on his legal support team have been steadily collecting substantial hourly fees.

Lynn LoPucki, a law professor at the University of California, Los Angeles who monitors big bankruptcy cases, said the legal fees in the Boy Scouts bankruptcy and similar cases appear to be excessive. Mr. LoPucki said that many big bankruptcy cases in recent years have seen escalating fees for lawyers, though he said he had never seen a lawyer bill for $ 1,725 an hour — as one lawyer has requested from the court in the Boy Scouts case.

He said fees over $ 1,000 an hour have become almost routine in such cases, which are often handled by the same relatively small group of judges and law firms, since many big-ticket bankruptcies tend to be filed in a select group of federal district courts. With the nature of bankruptcy, the attorneys and their clients are essentially spending other people’s money, Mr. LoPucki said, with costs divided among all the parties with a stake in the outcome, compared to what happens during standard civil litigation, when companies pay their own legal bills.

“Businesses that are actually paying their own fees are not paying as high as they are in the bankruptcy cases,” Mr. LoPucki said.

It is not just lawyers who are seeking large payments in the Boy Scouts case. Financial consultants have also been billing at over $ 1,000 an hour. And the $ 150 million in anticipated fees to be paid in the bankruptcy process does not include the contingency fees that will be paid to lawyers for the victims who brought the cases. Contingency agreements typically allow lawyers to receive between about 30 and 40 percent of a judgment.

Paul Mones, who represents about 400 clients and is among those who will receive contingency payments when the case is done, said the size of the fees emerging in the bankruptcy process is jarring. But he said the number of lawyers and other professionals is probably proportional to the size and complexity of the case. He said insurance companies that collected premiums for many years are now looking at ways to limit their exposure.

“I think it’s a vapid argument on their part to say they are concerned about the victims at the end of the day,” Mr. Mones said.

The court in the bankruptcy case has appointed a fee examiner to review legal costs. That examiner, Justin Rucki, who previously worked as a lawyer representing debtors, declined to discuss specifics but noted that a portion of the fees cover legal costs that would be accruing even if the Boy Scouts had not entered bankruptcy, such as trademark litigation with the Girl Scouts.

Mr. Schiavon, the insurance company lawyer, said the fee examination process is not designed to explore what he regards as the real question, which is whether the fees are proportionate to the value of the services. In his legal filing last week, he proposed that the court hold back 20 percent of requested fees to be paid only once the case has been completed and the court can assess whether the fees are reasonable based on the scope of the resolution.

Boy Scouts leaders have said they hope that a bankruptcy plan can be in place by the end of summer. But with such deep divisions over the scope and approach of the Boy Scouts bankruptcy settlement, it is possible that victims could vote to reject the organization’s proposals and delay any resolution.