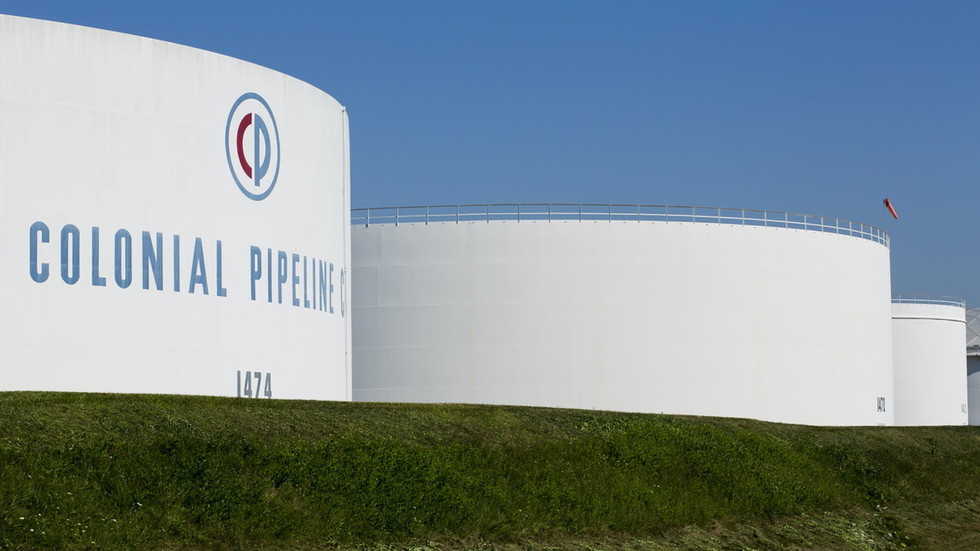 Commodity traders have booked at least six tankers – provisionally – to start shipping gasoline from Europe to the US in the wake of the outage of the Colonial Pipeline network, Reuters reports, citing data from Refinitiv.

The United States has declared a state of emergency.

Colonial Pipeline Co. shut down its network, which supplies close to half of the gasoline and diesel that the East Coast consumes, on Friday following a ransomware attack on the infrastructure. This prompted fears of fuel shortages and price spikes at the pump.

Indeed, the prices of gasoline and heating oil futures in New York rose on the news despite expert comments that supply shortages could only occur if the pipeline network, with a capacity for 2.5 million bpd of fuels, remains shut down for more than three days.
Also on rt.com Reported cyberattack on major US pipeline sends oil & gasoline prices higher
Colonial Pipeline Co. said in a statement on Sunday that while its four main lines remained shut, it had begun restarting some smaller lines between terminals and delivery points.

“We are in the process of restoring service to other laterals and will bring our full system back online only when we believe it is safe to do so, and in full compliance with the approval of all federal regulations,” the company also said.

Meanwhile, Reuters reported, citing unnamed sources, that Valero Energy had chartered a tanker to store oil offshore in anticipation of a prolonged Colonial Pipeline outage. The Reuters sources also said other Gulf Coast refiners had also been organizing tankers for floating storage.
Also on rt.com Biden says ‘no evidence’ Russia responsible for pipeline cyberattack… but Russia has ‘some responsibility’
To minimize the risk of fuel shortages on the East Coast, Washington on Sunday issued an emergency waiver on fuel transportation by road, the BBC reported earlier. The waiver will grant tanker truck drivers more flexible hours of work across 18 states.

The BBC cited energy analyst Gaurav Sharma as saying supply problems could arise as early as Tuesday despite the waiver unless the network is restarted in full, with the first states to feel the impact Georgia and Tennessee.