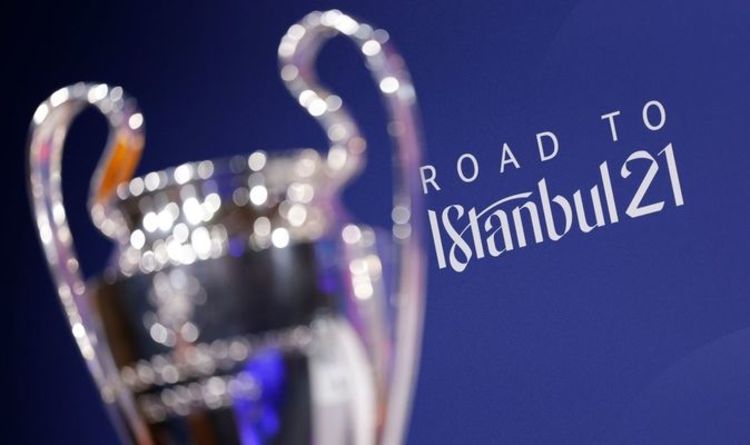 Porto is set to stage the Champions League final between Chelsea and Manchester City, according to reports. UEFA have been forced into a rethink amid Turkey’s ongoing struggle with the coronavirus pandemic, meaning the showpiece is set to move to Portugal from Istanbul for a second successive season.
Turkey was placed on England’s red list at the end of last week meaning fans will be unable to make the journey to support their teams.

Talks were immediately held between UEFA and the UK government about the prospect of bringing the final to England.

Wembley Stadium, where the two sides met in the FA Cup semi-final last month, was reportedly the frontrunner to host the biggest game in club football.

Villa Park and the Tottenham Hotspur Stadium was also said to be under consideration.

However, according to The Telegraph, Porto’s Estadio do Dragao is now set to host the final at the end of the month.

UEFA were initially planning to hand both clubs at least 4,000 tickets for the final and that will still be the plan if the final moves to Porto.

On the field, the final is nicely poised with Chelsea flying high under Thomas Tuchel and City now officially the Premier League champions once again.

Yet while they may be the best team in England this season, Chelsea appear to have their number since Tuchel replaced Frank Lampard.

He has won both meetings against Guardiola’s side, beating them 1-0 in the FA Cup semi-final and 2-1 at the Etihad Stadium in the Premier League last Saturday.

Pundit Rio Ferdinand believes Tuchel may just be Guardiola’s bogey opponent, something that stands Chelsea in good stead heading into the meeting.

“It seems Tuchel has his number at the moment. If there’s one manager on the planet, then Tuchel is that guy,” Ferdinand said.

“Will there be a bit of a carryover from those two results? I think there will, yeah.

“There will be an underlying uncertainty, there won’t be a pure 100 per cent conviction that they have going into every game usually.

“The only thing I’d say about Chelsea, what he’s been able to do against the top teams and in the Champions League, he’s made teams alter the way they play against them.

“He’s made it scruffy at times, they’re a hard team to play against, they’re rough, ready, aggressive, quick in transitions, they’re not an easy team to turn over.

“Pep knows he’s in for a game this time and tactically Tuchel is an astute manager.”