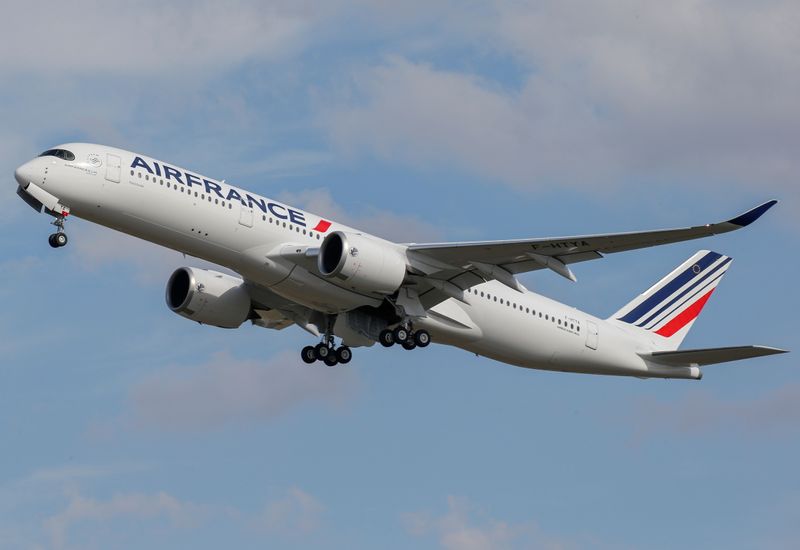 © Reuters. FILE PHOTO: The first Air France airliner’s Airbus A350 takes off after a ceremony at the aircraft builder’s headquarters in Colomiers near Toulouse, France, September 27, 2019. REUTERS/Regis Duvignau 2/2

PARIS (Reuters) -A French court has ruled that Air France and Airbus should stand trial over a 2009 crash in the Atlantic Ocean which killed 228 people, a judicial source from the prosecutor’s department said on Wednesday.

The court, ruling on a request from French prosecutors, overturned a previous ruling that there should not be a trial.

An Air France representative said the carrier had no immediate comment. Airbus, the manufacturer of the aircraft involved, could not immediately be reached for comment.

Air France flight AF447 from Rio de Janeiro to Paris crashed on June 1 2009. Everyone on board was killed.

French investigators found the crew mishandled loss of speed readings from sensors blocked with ice from a storm, and caused the aircraft to stall by holding its nose too high.