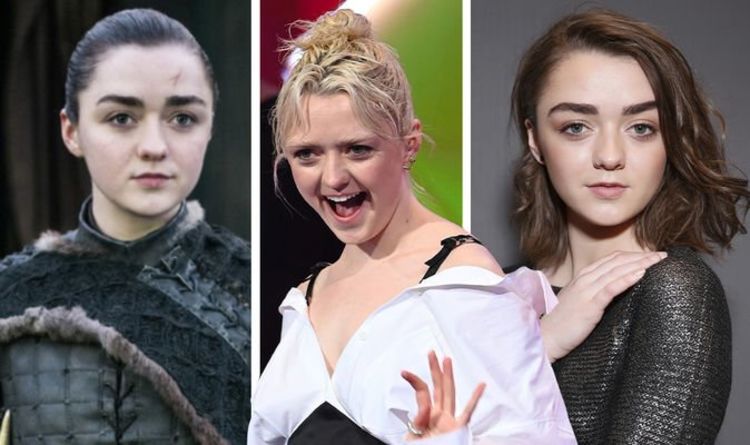 Maisie Williams, 24, showed off her striking new look at the Brit Awards 2021 on Monday night, as she took to the stage with stunning bleach blonde hair. Despite a simple change of hair colour, the difference in appearance was so drastic it seems, that it took viewers some time to realise who she was.
The actress was there to present the top award of Global Icon to Taylor Swift, who is a confessed super fan of Game of Thrones.

Maisie, who played Arya Stark in the HBO hit fantasy drama, gushed over the singer as she graced the stage to accept, but fans sitting at home were still taken aback by the actress’ new lighter locks.

Writing on Twitter, viewers shared their confusion as they finally realised who was presenting the award, despite her humorous introduction by host Jack Whitehall.

“STOP IT IS THAT ARYA STARK,” one exclaimed, completely dumbfounded the didn’t recognise the “Queen of Winterfell.”