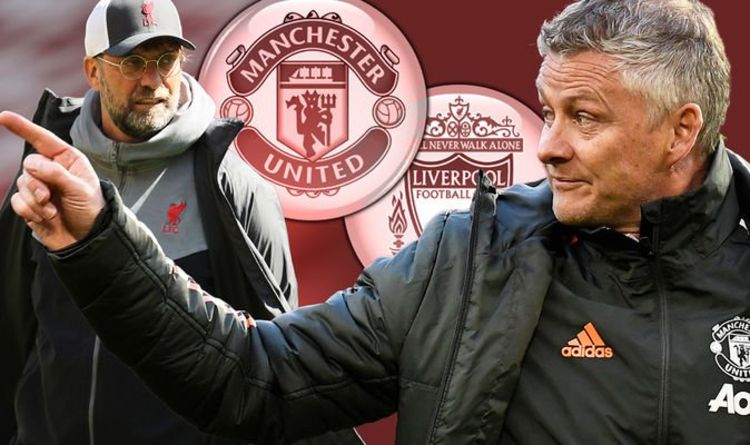 Ole Gunnar Solskjaer has stoked tensions ahead of the visit of Liverpool insisting he does not care if he has damaged their Champions League hopes. The Manchester United manager delivered one blow to the former Champions top four hopes when fielding a second-string side in defeat against Leicester City on Tuesday.
And he said he offers no apology for restoring his big guns to the starting line-up for a fixture originally postponed because of the protests of their own fans.

Asked about any possible backlash from an angry Liverpool side, Solskjaer insisted he had no such concerns, as he seeks to deal a second blow to the Reds and all-but end their top-four prospects.

“My job is Man United and my concern is the Man United fans, what they think about my team, what they want from my team,” he said.

“It is that we come together as one and show what Man United is.”

Solskjaer made 10 changes against the Foxes including two teenagers with Anthony Elanga given a club debut and Amad Diallo a first Premier League start.

That the the star names are back for Liverpool on Thursday night is bound to raise temperatures given Leicester’s win left Jurgen Klopp’s men seven points off the top four with just four games left.

“There’ll be changes, of course, but many of the players that played against Leicester did really well, so they’re in contention as well,” said Solskjaer.

“It’s about managing the squad now, building momentum and confidence, making sure we get enough points to get second and then going into the final confident.”

Liverpool is the first of United’s three remaining games with Solskjaer’s side hosting relegated Fulham next Tuesday and finishing with a trip to Wolves on May 23.

And while Solskjaer will demand his side hold on to second place, the Europa League Final against Villareal in Gdansk three days later is already dominating thinking.

Solskjaer has ruled Harry Maguire out of their remaining Premier League fixtures after he sustained ankle ligament damage against Aston Villa last Sunday.

However the United manager remains “hopeful” the injury will not rule him out of a shot at silverware in Europe.

“The good news is it wasn’t broken, there was no fracture, but a ligament injury is serious,” said Solskjaer.

“If I said I was very positive that is maybe stretching it, but I’m hopeful he might be ready for it.

“I don’t think he’ll play inthe league again but we’ll do everything we can to get him ready for the final.”

With a further two weeks between United’s final date and the start of England’s European Championship campaign on June 13 Maguire could miss Gdansk but be fit for international duty.

“If he’s fit he’ll play for us, if he’s not he won’t,” said Solskjaer. “We’re hopeful he’s ready and if he’s ready for us he’ll be ready for the Euros.”