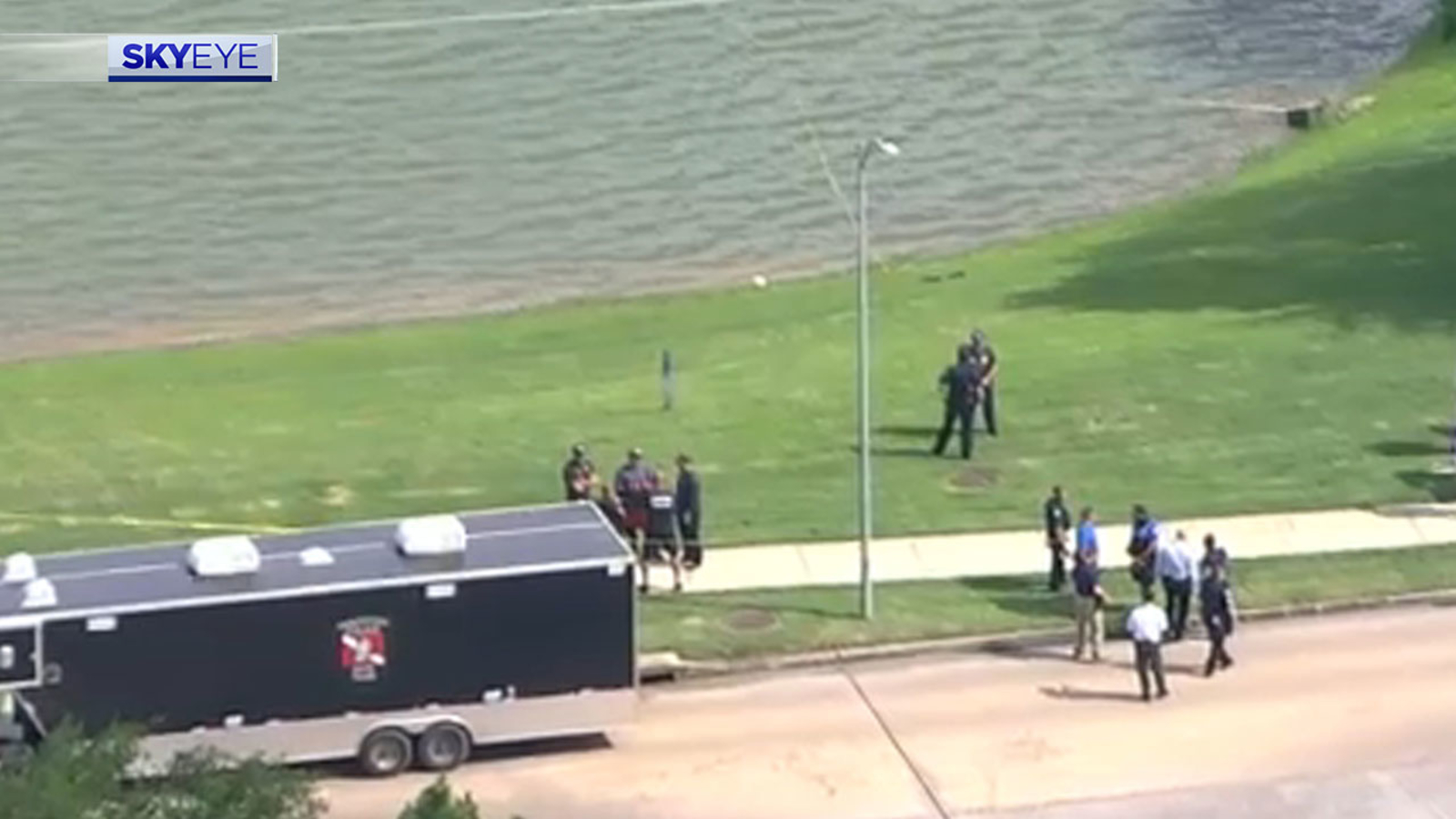 PEARLAND, Texas (KTRK) — Police investigating a vehicle with a body inside found submerged in a Pearland pond have pulled from the water an SUV that matches the description of the vehicle that belongs to a Houston mom who’s been missing for weeks.Erica Hernandez, a single mother to three children, has been the subject of an intense search since she vanished after leaving a friend’s home in southwest Houston on April 18.

Family said Hernandez left her friend’s home in the 6000 block of Benning Drive around 2:30 a.m. She reportedly sent a text around 3:04 a.m. stating she was “five minutes away from getting home.”

The vehicle was discovered Tuesday afternoon in the small body of water at Reflection Bay and N. Clear Lake, in Shadow Creek Ranch.

The Houston Police Department dive team assisted Pearland police in the recovery. Divers entered the water at about 5:30 p.m. Just moments before 7 p.m., the dark-colored SUV was brought to the surface of the water. Divers covered the vehicle with a tarp as it was towed onto the bank of the pond.Hernandez’s vehicle was described as a 2020 GMC Black Acadia with Texas plates MKJ 3303. The vehicle pulled from the water matched the make and model, as well as the license plate number.

Last week, the search for Hernandez took investigators to a Missouri City park. But the truck that sonar helped locate beneath the water there was not related to the missing woman’s case.SEE ALSO: Vehicle found underwater at Missouri City park is not tied to missing mom Erica Hernandez, HPD says

No information has been provided about the person found inside the vehicle. If authorities know how the body and vehicle came to be in the water, they have not yet given out that information.

Family members of Hernandez are on the scene of the investigation.

This is a developing story and will be updated as information warrants.