Famicom Detective Club is brilliant. Famicom Detective Club is also incredibly stupid, sometimes. But it’s still brilliant. It’s both, at the same time, like a child who’s just argued that, if glue is non-toxic, then there’s really nothing wrong with them eating a whole cup of it. Sure, sticky child! You’re technically right, congratulations! But you’ve also just eaten an entire cup of glue, and now your bowel resembles a kindergarten art project.

Famicom Detective Club comes in two parts: The Missing Heir, which first came out in 1988 in Japan, making it almost as old as Mario; and The Girl Who Stands Behind, a sequel which followed in 1989. The two games have never been released in English, other than unofficial fan translations, until now — and the remake, with new art, localisation and voice-acting (only available in Japanese) was a surprise that nobody expected.

Sadly, because nobody expected these games, other than die-hard fans, their reveal on the Nintendo Direct earlier this year flew largely under the radar. Many viewers — this reviewer included — had little idea of the provenance and importance of these two games, and they just looked a bit like another detective game cribbing from Ace Attorney. But, of course, they’re much older, and set up a lot of the tropes that Ace Attorney used over a decade later.

Famicom Detective Club — both parts — are about a young man whose name you choose at the beginning (ours was called “Badguy Murderman” because we are very immature). In The Missing Heir, he’s investigating a suspicious death as part of the Utsugi Detective Agency, despite only being 17 years old, and soon he gets caught up in much more than he bargained for.

The story itself is as you might expect from a Japanese murder-mystery: a dash of the supernatural, a rumoured curse, a question of inheritance, and a whole bunch of familial drama that will slowly ooze out like blood under a bandage. We won’t say too much here, because it’s much more fun to go in blind, but it’s a good story, well told, even if the idea of a 17-year-old detective and his high school sidekick is a little… suspect.

You’ll spend a lot of The Missing Heir alone, although each day will end with you and Ayumi Tachibana — the aforementioned sidekick — recapping the day and speculating on what it all means. Having played both games, it’s a little disappointing that Ayumi gets sidelined in The Missing Heir because she plays much more of a vital role in The Girl Who Stands Behind, but most of The Missing Heir is focusing on the protagonist’s own story, anyway. 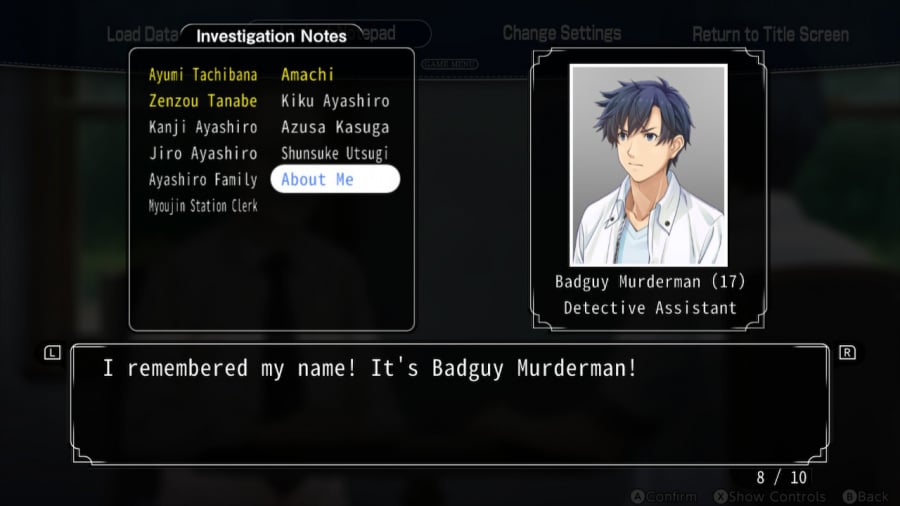 Like Ace Attorney’s investigation sections, your time will be spent walking from location to location, looking at items, and mostly talking to people, like Zenzou, the butler of the mysterious wealthy family at the heart of the case, or one of the skittish, miserable family members who want nothing to do with you. But, this being a mystery, there’s an extra twist: you also have amnesia, because of course you do.

Famicom Detective Club shares a lot of DNA with the Ace Attorney series, despite being its predecessor by 13 years, and part of that shared DNA includes the frustration at not knowing what you’re supposed to do. Like other old-school text-based games, The Missing Heir is annoyingly hard at times, not because you haven’t figured out what to do, but because you know what you’re supposed to do, but can’t work out what arcane series of actions the game requires of you in order to do it.

One scene involves yelling the name of a character who isn’t in the scene several times, in order to scare the man you’re talking to into telling you a secret. Another scene might need you to ask someone a question multiple times, getting no answer each time, and eventually that character will say, “wow, you really care about this subject, don’t you? Alright, I’ll tell you.” One particularly annoying solution is to look at an item in the background, which will spur a character into a line of dialogue that has very little to do with the thing you’re looking at. 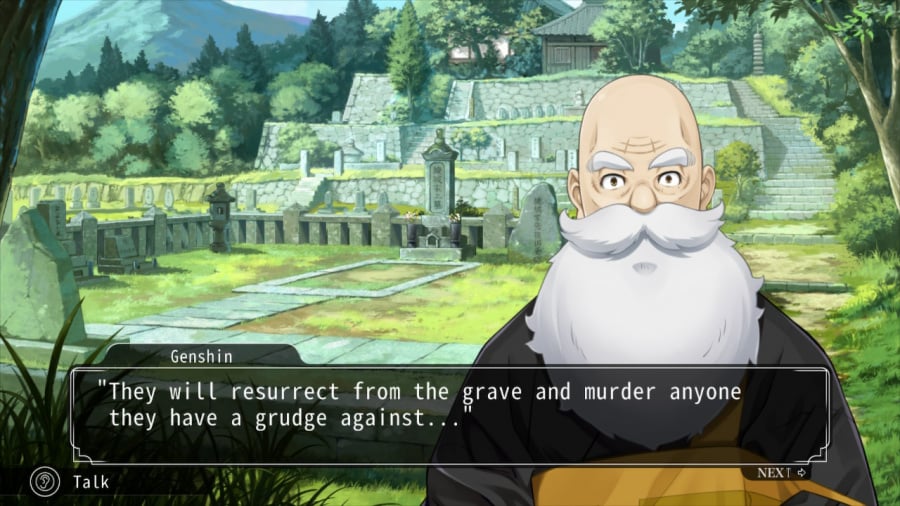 There’s an informal name for this phenomenon in old games: “cat hair moustache puzzles“, after the infamously ridiculous puzzle in Gabriel Knight 3 that required players to combine cat hair with maple syrup in order to impersonate a man that didn’t even have a moustache. Granted, The Missing Heir is not quite that nonsensical, but there’s definitely still a lot of “how the hell was I supposed to know that?”

But it almost doesn’t matter. The visual upgrades made to the game are above and beyond what you would expect from an under-the-radar remake of a 30-year-old Japanese title. The animation technology used to make characters move and speak is reminiscent of how TV show Archer does it — a lot is achieved with a little, and characters will tilt their heads, smile, and toss their hair with convincing personality. Be warned, though, that the images of dead bodies that pop up from time to time are pretty spooky, with realistic and occasionally gory detail, far beyond the rather gentle corpses you get in Ace Attorney.

A few other quality-of-life improvements include the ability to check the text log (by pressing X) if you need a reminder of pretty much anything you’ve been told — you can play the voice line, too — and, when you restart the game, you can choose to read a short recap of what’s happened so far. There’s also the notebook, reminiscent of Ace Attorney’s Court Record, which contains all the facts and rumours you’ve heard about people, plus their ages, names, and photos (if you know what they look like), and holding down the left bumper will fast-forward through text you’ve already read (if you turn the option on). As a neat little bonus, you can even change the soundtrack to the original Famicom bleeps and bloops — although the modern orchestral version is much nicer. 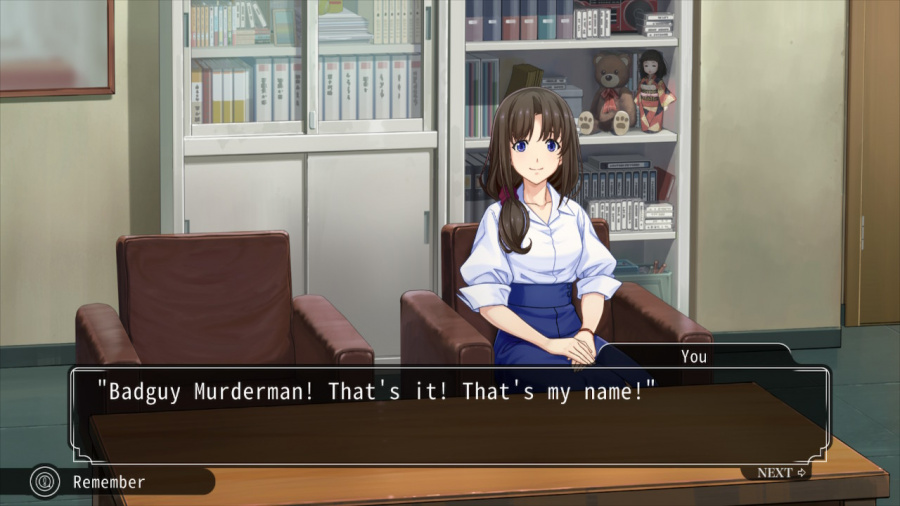 So, yes, You will spend a lot of The Missing Heir cursing at the game for being so bloody obtuse (although we have an upcoming guide that’ll help with that!) but you’ll also spend a lot of it hooked on the unfolding mysteries and getting to know the various personalities in the game. Once you’ve figured out how the game wants you to play — by repeating yourself, a lot — it’ll get a little easier, at least, and you’ll be able to really enjoy a ripping good murder-mystery.

The Famicom Detective Club remakes are living history, and a chance to catch up on what you missed out on, either by being too young, or not being able to speak Japanese. Though The Missing Heir has its faults, those faults are largely down to “that’s just how games used to be”, and it’s held up remarkably well all the same.

Only Fools and Horses fans ‘switch off’ This Morning after musical stint: ‘Butchering it!’