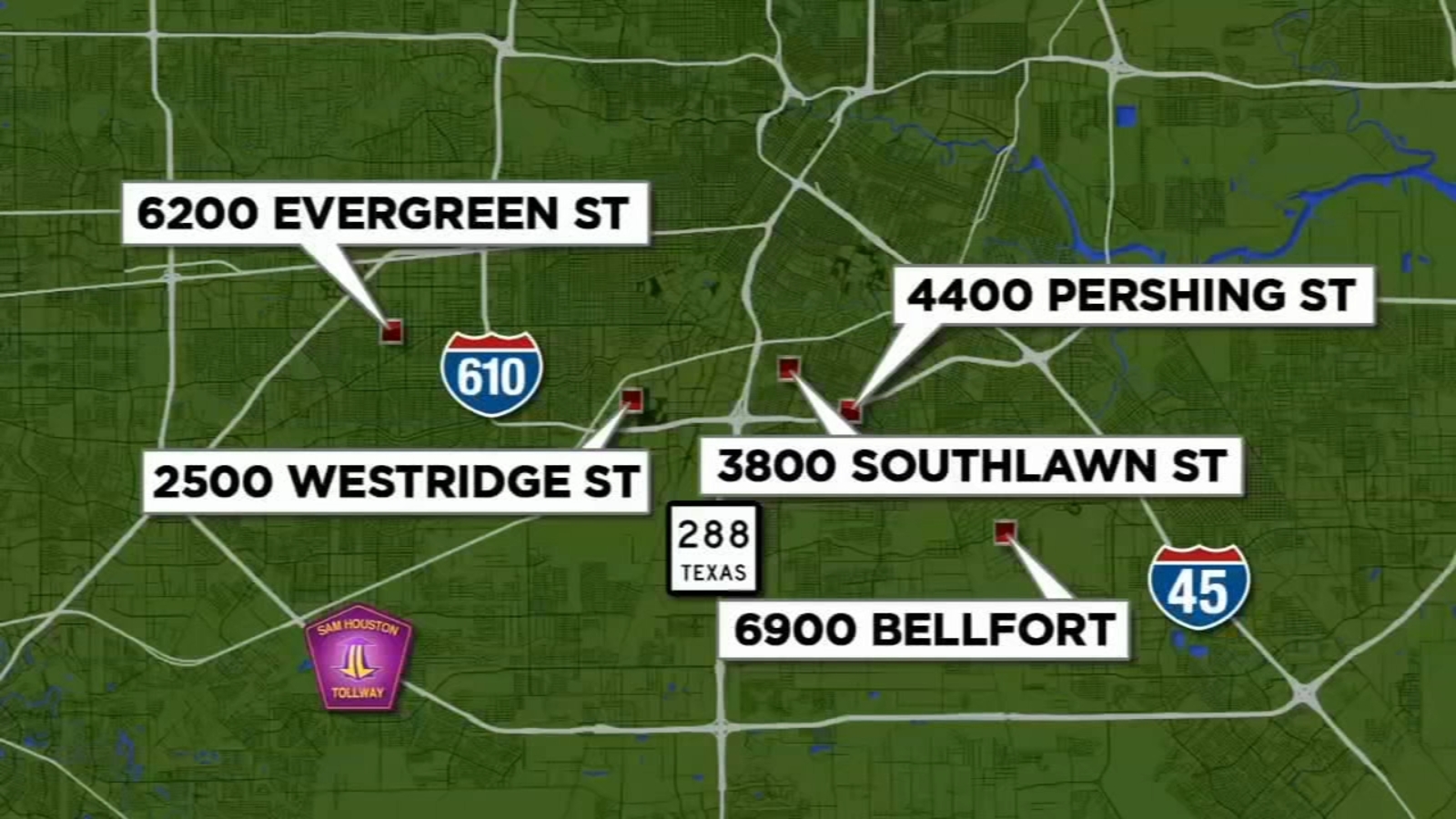 The first was reported as a shooting-in-progress call at 6200 Evergreen in southwest Houston around 5:50 p.m.A few minutes later, a shooting was reported at 2500 Westridge near NRG Park. The victim was initially taken to the hospital in stable condition, but HPD later tweeted that the victim died.

Southwest patrol officers responded to a Shooting/In Progress call in the 2500 block of Westridge St. One victim was transported to an area hospital in stable condition. #hounews

At 8:22 p.m., HPD posted again on social media about a shooting at 3800 Southlawn in southeast Houston. The victim in this shooting was originally taken to the hospital in critical condition, but died at the hospital.

Southeast patrol officers responded to a Shooting call at the 3800 block of Southlawn St. One victim was transported to an area hospital in critical condition. #hounews
CC4
— Houston Police (@houstonpolice) May 13, 2021

Minutes later at 8:30 p.m., police shared that a man was shot and injured at 4400 Pershing off the South Loop in southeast Houston. At this scene, police said the man is expected to survive.

Just after that, HPD posted about a shooting at 6900 Bellfort in southeast Houston where the man who was shot and injured was expected to survive.
Around 10:15 p.m., HPD reported a shooting at 8600 Cottage Gate Lane in northwest Houston. Paramedics took one patient to the hospital.

North officers are at a shooting at 8600 Cottage Gate Ln. One patient was transported to an area hospital. #hounews CC9
— Houston Police (@houstonpolice) May 13, 2021

No further details were released about the incidents.