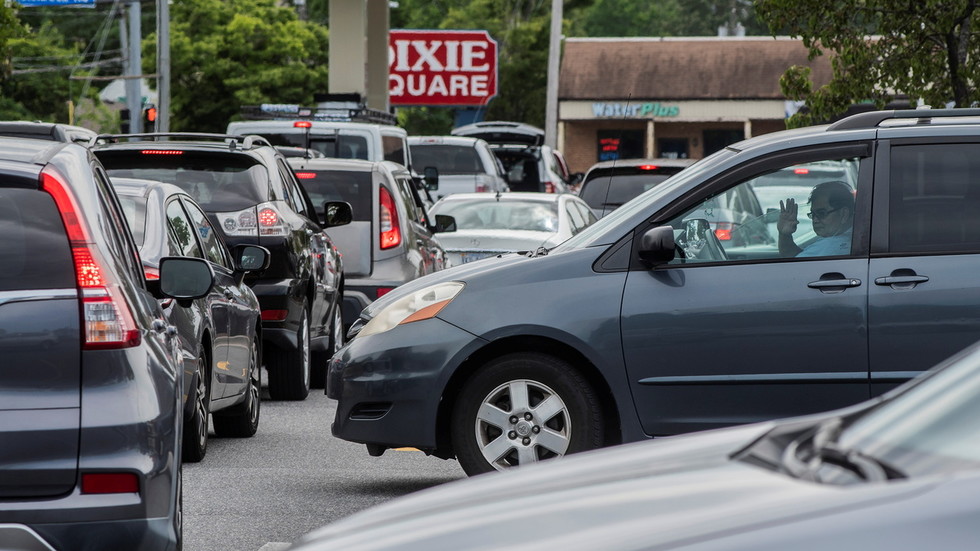 The cyberattack on a critical US oil hub that forced the shutdown of Colonial Pipeline wasn’t aimed at causing a gas shortage chaos. The ransomware gang claims financial benefit was the only goal.

Last Friday, the IT systems of the pipeline’s vital infrastructure, which transits various oil products, including diesel, gasoline and jet fuel between the US Gulf Coast and the New York Harbor area, were attacked with ransomware, forcing Colonial Pipeline to temporarily halt all operations.
Also on rt.com Gas stations run dry and motorists queue for fuel in US, as ransomware attack on pipeline leads to shortages (VIDEOS)
The Federal Bureau of Investigation (FBI) blamed a cyber-criminal group DarkSide, which had previously attacked a number of corporations with ransomware – software that encrypts a victim’s files, holding them hostage until a ransom is paid.

“About the latest news, our goal is to make money, and not creating problems for society,” a brief news release posted to DarkSide’s website claims, providing no details on how much money the hackers were seeking.

The statement doesn’t directly mention Colonial Pipeline. So far, the company hasn’t provided any comment on the hackers’ statement, while US officials said they were not involved in negotiations over the ransom.
Also on rt.com Traders scramble to buy gasoline from Europe after US pipeline outage
The incident raised deep concerns about fuel shortages and price spikes at service stations. On Tuesday, multiple states, including North Carolina, Virginia, Florida declared a state of emergency, as more than 1,000 such outlets across the eastern US are reportedly running out of fuel.

Colonial Pipeline provides fuel for 45% of the US East Coast, transporting some 2.5 million barrels a day of refined oil.