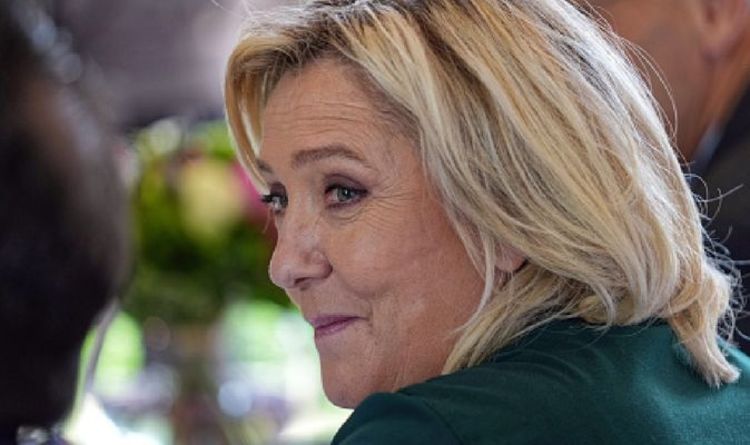 The leader of Les Patriotes claims the French President and the leader of the National Rally (RN) are in a tacit agreement to ensure Marine Le Pen is the candidate to beat at the second round of the presidential election in 2022.
Addressing the ever-growing surge of Ms Le Pen in the polls, Mr Philippot told France 2 TV: “Emmanuel Macron is doing everything in this direction in any case, it seems obvious.

“We can see it in Paca, where Christian Estrosi who is in league with Emmanuel Macron, did everything to torpedo the Les Republicains candidacy, to propel RN.

“Same thing in Hauts-de-France, when Eric Dupont-Moretti arrives in an incomprehensible way in Pas-de-Calais.

“He comes to help Rassemblement National.

“Emmanuel Macron aims for his re-election in 2022, so he must fight against Marine Le Pen to win the second round. […]

“It is a tacit pact between LREM and RN.”

According to Mr Philippot, the National Rally has abandoned the idea of leaving the euro and the idea of Frexit, which he defends because “a country without sovereignty and independence is not democratic and it doesn’t work. France needs to be a free country. We see it today with the success of Brexit”.

He added: “National Rally has also abandoned the idea of leaving the Schengen area, NATO, and now they want to pay the whole debt.”

READ MORE: British expats in France ‘left out in the cold’ after Brexit

Mr Philippot’s theory comes as Mr Macron’s party announced a new coalition with the French Conservatives ahead of the crucial regional election in the southern region of Provence-Alpes-Côte d’Azur.

The alliance has been taken as a clear recognition within Mr Macron’s ruling party that it is too weak to win some key regions on its own ahead of the 2022 presidential elections.

The pair will be facing Ms Le Pen’s candidate – her party in 2015 gathered 45 percent of the votes in the region.

Since her failure in 2017 to take on Emmanuel Macron in the presidential elections, Marine Le Pen has been in a constant process of transformation.

In a poll published by Ifop at the beginning of April, Ms Le Pen was predicted to receive 28 percent of the votes in the first round of the 2022 elections – ahead of Mr Macron’s 24 percent.

In October the score was 24 for Le Pen and 23percent for the current president.

The regional elections on 13 and 20 June will be a litmus test for the sovereignist party.

Fabien Engelmann, who has been the mayor of Hayange (Moselle) since 2014 and RN regional councillor for the Grand-Est region told Euractiv: “All elections are a springboard, the RN should win one or more regions to show what it is capable of.”

He claimed that abandoning the idea of leaving the eurozone, adopted in 2017 but Ms Le Pen, was a good sign for the party.

He added: “We can stay in the European Union, it is up to each national sovereignist party to send a maximum number of MEPs to Brussels to defend its vision.”