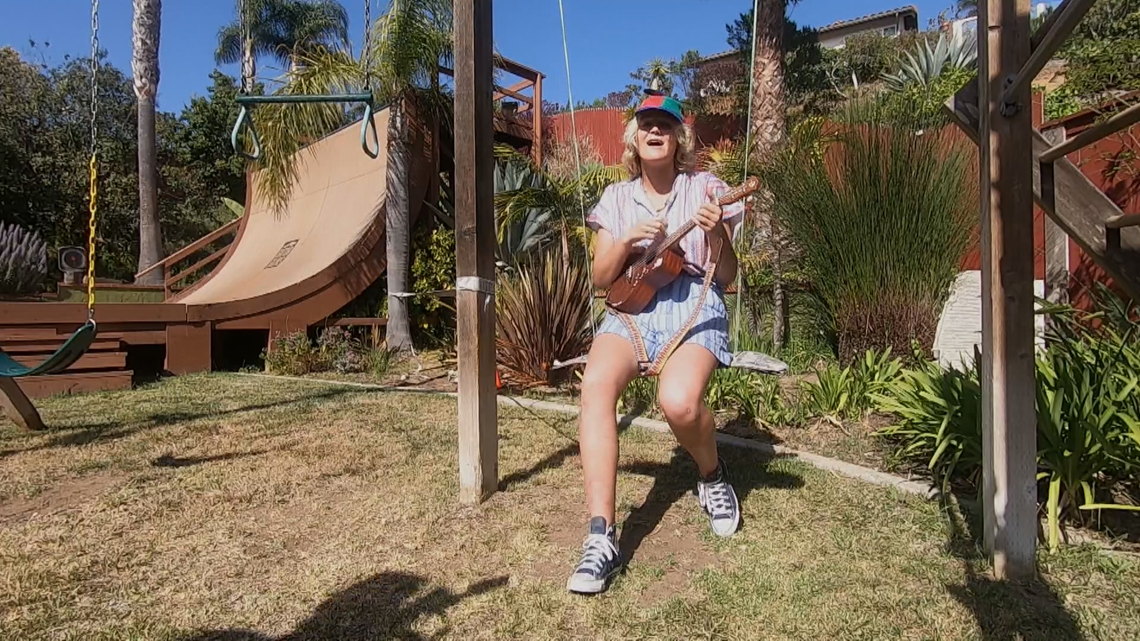 Seventeen-year-old Bryce Wettstein may be one of the most unique people I have ever had the chance to meet.

SAN DIEGO — Seventeen-year-old Bryce Wettstein may be one of the most unique people I have ever had the chance to meet. Seemingly cut from the same existential-hippie cloth as myself, her – and her family – and I hit it off in a heartbeat.
When I arrived at her home (masked-up of course) I expected to be covering a story on one of the country’s best skateboarders. While this was true, I also ended up covering a whole lot more than a talented skater. Bryce is one of those youngsters dripping in talent both physically and maybe more impressive, intellectually.
The Encinitas native is not only the nation’s number one ranked women’s skateboard park athlete but she is also a legit singer-songwriter with music on Spotify and other platforms, a varsity volleyball player, a star surfer as well as one helluva deep thinker.
To get Bryce to talk about herself however, was hard enough. Her humility is a commanding trait. So I will brag for her.
This year’s Tokyo Olympics will be the first in history to feature skateboarding.
Sixteen skaters were named to the U.S. National team including Bryce. If the global games go on as planned this year and Bryce performs well at the final qualifiers in Des Moines at the end of May, she will find herself at her first Olympic games not only representing the United States, but San Diego too.
While the fun-loving, ukulele-playing teenager waits to punch her ticket to Tokyo she will be practicing in her backyard. An area seemingly open to all who want to visit and equipped with a halfpipe she helped commission with her own money from teaching skateboarding to other kids. It also has a brightly colored skate bowl painted with random images from anyone who has spent time in the Wettstein’s yard, at the request of Bryce of course. Gardens, trampolines, surfboards and all kinds of other fun knick-knacks help tie the eclectic space together.
As Bryce showed off her skating and musical skills to me, one thing became apparent, she does not see skateboarding in the same light that many of us do. When I asked her if she found skateboarding to be an art, and in complete Bryce fashion she said, “Every part of skateboarding is an artwork to me. A liberal art is the thing that curates the most happiness in every single person.”
Happiness should be the feeling we all get this July when we hopefully see San Diego’s own Bryce Wettstein creating ‘art’ at the Summer Olympics.
Watch from August 17, 2020: Catching up with pro skateboarder Tony Hawk