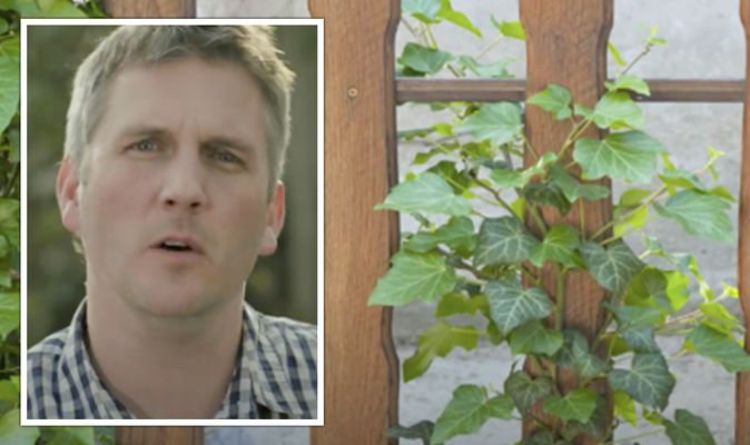 Perennial weeds can be a nuisance and are often very hard to control. Unlike annual weeds, perennials can live for several years with the roots often spreading underground. If you leave even the smallest piece of root in the soil when removing perennial weeds, you could end up with a whole new plant.
Removing them can be a tricky task, with gardeners often resorting to digging them out manually on their hands and knees.

But gardening expert Matt James has shared how to kill large quantities of perennial weeds using a weed killer.

He said in a 2012 video for B&Q that he doesn’t like to use weed killers but often in the “worst case” it’s the best thing to use.

However, if you just have a few weeds dotted about, it may be best to use a hoe.

“Plants like bindweed or horsetail, identifiable by it’s sort of long bottle brush-like plume of foliage.

“You kind if need to knock them on their head quite hard before you start going in and growing your own.”

Matt said if you are only experiencing a couple of perennial weeds at a time then you can tackle them using a fork.

He said using a fork is a good idea because you can then get the roots out as well and it’s the roots that we need to take care of.

“It kills the roots and that is, as I say, what you want to kill.

“I don’t like using weed killers in a garden.

“I really don’t but if I’m faced with the worst cases of perennial thuggery then I will reach for a glyphosate-based weed killer.

“But once you’ve done it once or perhaps twice, if it’s particularly pernicious, you never need to use them again.”