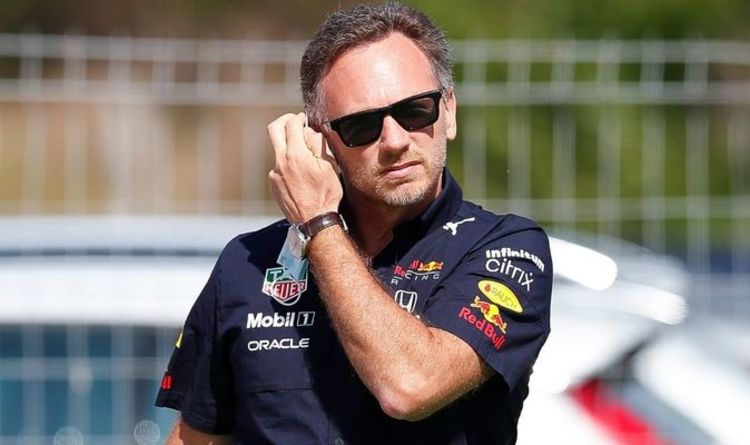 Red Bull team principal Christian Horner has hit back at Lewis Hamilton, after the Briton sent a sly dig to Max Verstappen after winning the Spanish Grand Prix, saying Mercedes couldn’t “continue to rely on mistakes from others.”
Now leading the driver’s standings despite coming into the season on the backfoot, the Briton said: “I wouldn’t say it’s surprising as I know what my team is capable of.

“Definitely the first test didn’t look great and at the first race we were still up there but you could see the deficit from us to the Red Bulls.

“But I think in terms of overall output through the weekend, we’ve managed to do a better job.

Minor mistakes, mostly down to track limit decisions, have plagued Verstappen throughout the whole season, with a win taken away in Bahrain, a precious point for fastest lap removed in Portugal, whilst Hamilton’s few errors have seen him extend his lead in the standings, despite hitting the barriers in Imola.

It now seems to be a straight fight between Hamilton and Verstappen for the 2021 world title, with the Red Bull driver trailing behind by 14 points heading into round five at Monaco.

Yet Horner shrugged off the comments and had no concerns about his drier this season.

“Max will do his talking on the track,” Horner told ESPN.

“Lewis has demonstrated he’s capable of, excuse my French, dropping a b*****k occasionally.

“He’s capable of making a significant mistake as we saw in Imola, and he just got very lucky that he wasn’t a lap down and didn’t pay a bigger price for it.

“Look, they can all make mistakes and we’re at the non-pressured stage of the championship at the moment. As we get to the business end it will count for more.

“When five races are left and if there is still the points difference that there is now, that’s when the pressure mounts up, not at this stage.