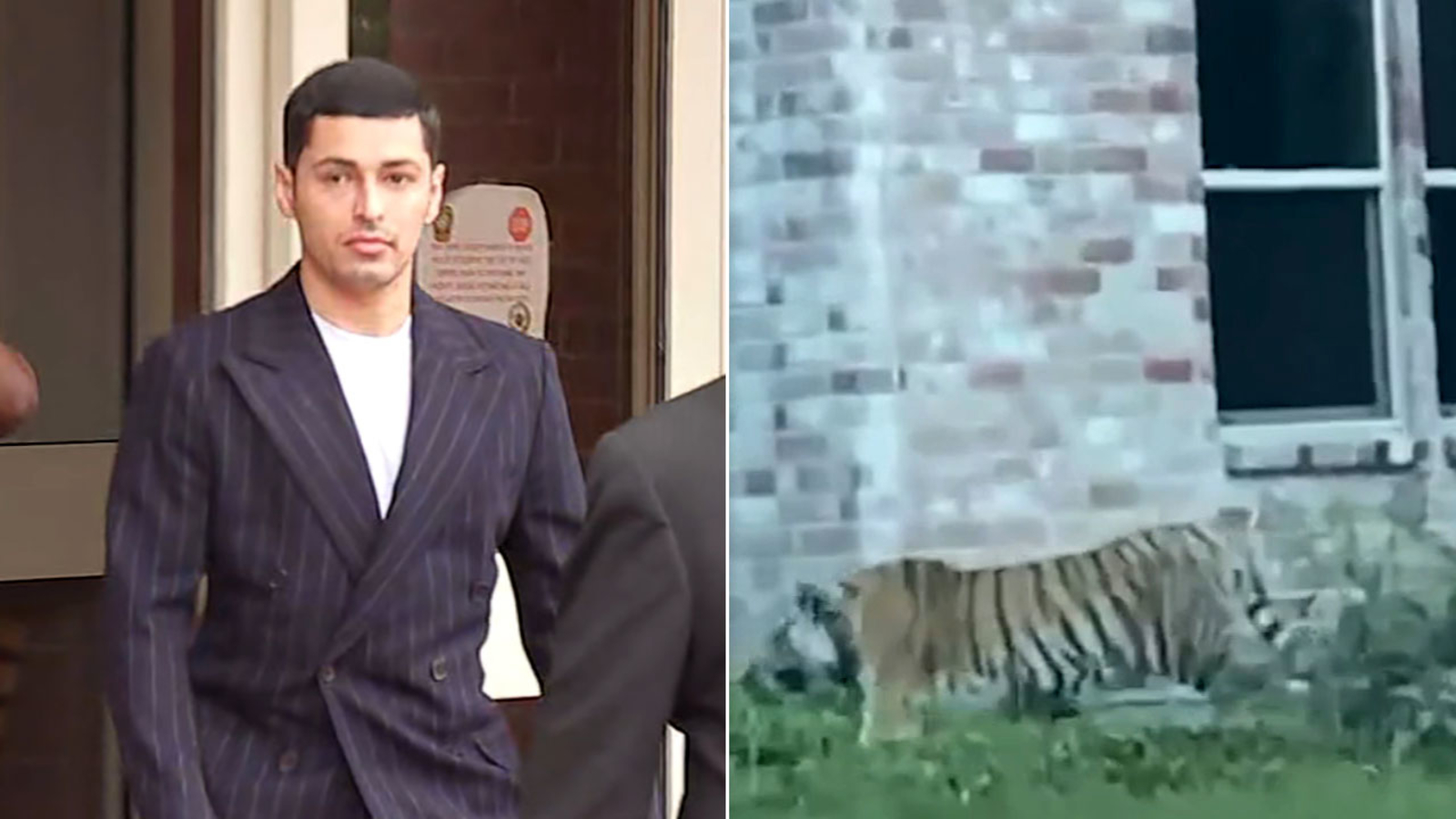 HOUSTON, Texas (KTRK) — The man linked to a missing tiger that was seen roaming in a west Houston neighborhood over the weekend has bonded out of the Fort Bend County jail Wednesday afternoon.The Fort Bend County Sheriff’s Office said Victor Cuevas posted bond at about 2:40 p.m.

Cuevas’ attorney and mother are among those who awaited his release.

Cuevas was being held on a $ 50,000 bond for an unrelated warrant connected to a murder charge stemming from a 2017 incident near his Richmond-area family home.In terms of the wild animal, Cuevas faces an evading charge.

In various videos posted about the tiger, Cuevas was seen ushering the tiger back into the house he lived in. Shortly after that, Houston police said Cuevas put the tiger in a white truck and took off. HPD lost Cuevas in a short chase.

Since Cuevas’ arrest, his attorney insists his client does not own the tiger.

Elliott claims the 9-month-old tiger is owned by another man nicknamed “D,” who has texted “death threats” to Cuevas.ABC13 was shown the texted threat, but could not independently verify it.

SEE ALSO: Murder suspect who was linked to tiger in west Houston has been arrested on evading charges

Elliott said he finds it hard to believe that HPD lost Cuevas and the tiger during a chase.

“This is Houston, Harris County,” he said. “They have police in every corner, Motorola radios, Fox (helicopter) in the air. How often do you see people running in an SUV that doesn’t get caught? Something doesn’t match up here.”

You can legally own a tiger in Texas, but not inside the city of Houston limits. Cuevas is not charged with anything relating to the tiger specifically.Cuevas’ Instagram feeds show him previously cuddling a baby bear, two monkeys, and a tiger. His attorney says a tiger on his client’s social media page does not prove he owns a tiger.

Houston police call Elliott’s version of events “conflicting,” but did not elaborate.

The whereabouts of the tiger remain a mystery.