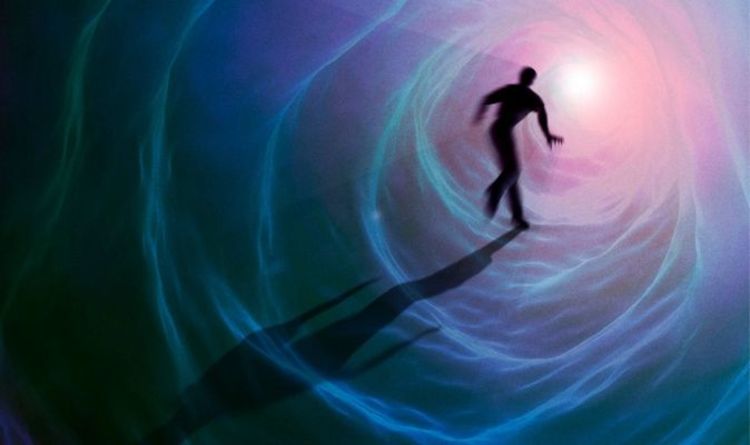 If there is life after death, it remains to be proven. However, one person believes she has the answer after a near death experience. A woman named Anne accidentally drowned, which led to her temporarily dying.
When she was clinically dead – which is where the heart stops beating – Anne believes she was transported to another realm.

It was here that time stopped for her and she was given a review of her life, according to her description on the Near Death Experience Research Foundation.

Before she was sent back to her mortal realm, Anne says she was given a choice whether she stayed or returned.

Anne said: “Once I accepted that I was going to die, time stopped. I was in complete darkness and surrounded by love.

“For the first time in my life, I was at complete peace and without any anxiety.

“I understood that everything was one. Then I had a life review.

“At the end of the life review, I heard a voice say, ‘Choose’. In that instant, I understood that I could stay in complete peace or I could choose to return.

“My first thought was, ‘This place is really nice, I’m not sure I want to go back’.

READ MORE: Life after death: Man claims to meet ‘compassionate being’ in afterlif

“But then I knew that this current time is a very important time to be on Earth and that I would come back.

“The difference was that I would be reborn and need to relearn how to walk, talk, and think. That would be hard. Understanding this, I chose to return to my body.”

Anne lived to tell the tale, but she is now convinced of an afterlife.

However, researchers are not so convinced Anne’s experience is necessarily proof of the afterlife, but rather a natural reaction in the brain as an individual approaches death.

Neuroscientist Christof Koch, president and chief scientist of the Allen Institute for Brain Science, believes near death experience visions are typically signs the brain is running out of oxygen or scanning itself for survival techniques.

Dr Koch wrote in an article for Scientific American: “I accept the reality of these intensely felt experiences. They are as authentic as any other subjective feeling or perception.

“That premise has served science and its handmaiden, technology, extremely well over the past few centuries. Unless there is extraordinary, compelling, objective evidence to the contrary, I see no reason to abandon this assumption.

“This implies that large-scale, spatially distributed electrical activity within the cortex, the outermost layer of the brain, has broken down.”