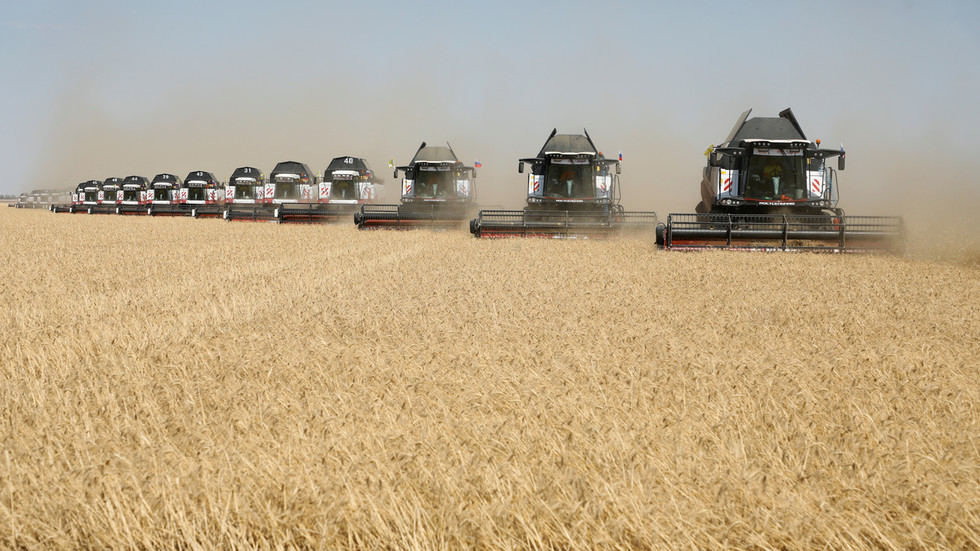 “The export volumes of the country’s agro-industrial complex totaled 271 billion rubles, topping the imports by some $ 1 billion,” the PM said during question-and-answer session with State Duma members.

He highlighted the crucial role played both by the imports phase-out and domestic enterprises in the process of implementing national infrastructure projects.
Also on rt.com Russia-China trade turnover jumps almost 20% since beginning of 2021
The state-backed program to phase out imports was launched in 2014, after relations between Russia and Western countries dramatically declined due to economic sanctions introduced by the US and the EU against Russia. Moscow responded with counter-sanctions, having phased out traditional American and European imports from the Russian market.

According to Mishustin, the share of domestically produced goods in the state purchase contracts increased from 49% to 57%, partly due to fixed quotas applied in favor of domestic produce.
Also on rt.com Russia plans to boost exports by around 25% this year – reports
Earlier this year, the Russian Ministry of Agriculture reported that Russia’s food exports hit a record high of $ 30.7 billion in 2020, compared to $ 25.6 billion in exports recorded in the previous year.

In 2020, Russia exported its agricultural produce to 150 countries. China became the top market for Russian food products, with imports worth more than $ 4 billion.