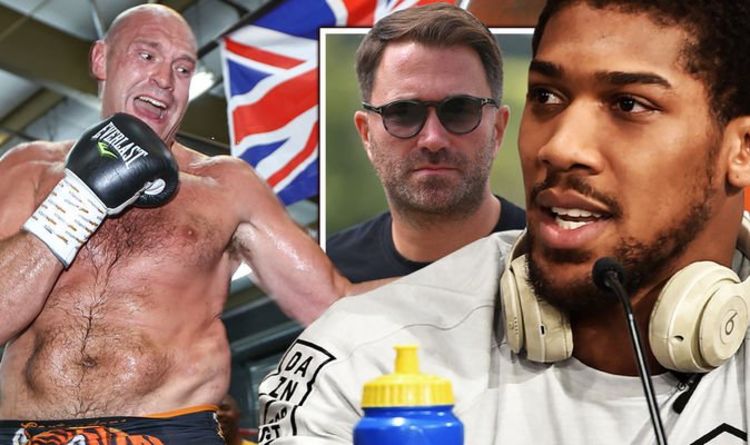 Anthony Joshua will fight Tyson Fury on August 14 in Saudi Arabia, promoter Eddie Hearn has confirmed. Hearn has also revealed that the undisputed heavyweight championship clash will be in a specially-created stadium that will “shock the world”.
“They want to build another stadium,” Hearn told Sky Sports about their hosts.

“They’ve got indoor options, but August is about 23 degrees at 11pm, it’s quite warm, but they want to create something very, very special.

“You’ll remember, last time, they built the stadium for the Andy Ruiz fight in just seven weeks. That held 18,000 and this will be a similar set-up.

“They had the opportunity to hold it indoors, but they want to create something that’s going to shock the world. And they want to, if they can, build another stadium just for this fight.”

Joshua has not fought since he defeated Kubrat Pulev in December. He knocked out the Bulgarian in round nine to defend his WBA, IBF, WBO, and IBO titles.

Fury’s last fight was in February when he defeated Deontay Wilder.

Joshua had taken to Twitter to ensure the fight still went ahead, telling Fury that he and his fans are growing tired of waiting.

Fury replied: “Are you ready for a war? Working hard to give the fans a big KO!”

And Hearn, Joshua’s promoter, insists that the two-time heavyweight champion will enjoy the “trash talk” that will undoubtedly come with the fight with Fury.

“You will get a different AJ in this build-up,” Hearn told Sky Sports.
“When the announcement comes and the press conferences start, the pleasantries will go away and it will become personal.

“It doesn’t matter who respects who. Both sides are desperate to win because this is everything.

“AJ will go to war with Fury. He has plans to absolutely demolish him. That’s what I believe he will do.

“In the meantime, we will go through the build-up, which will be a lot of fun, before the biggest event of 2021.”