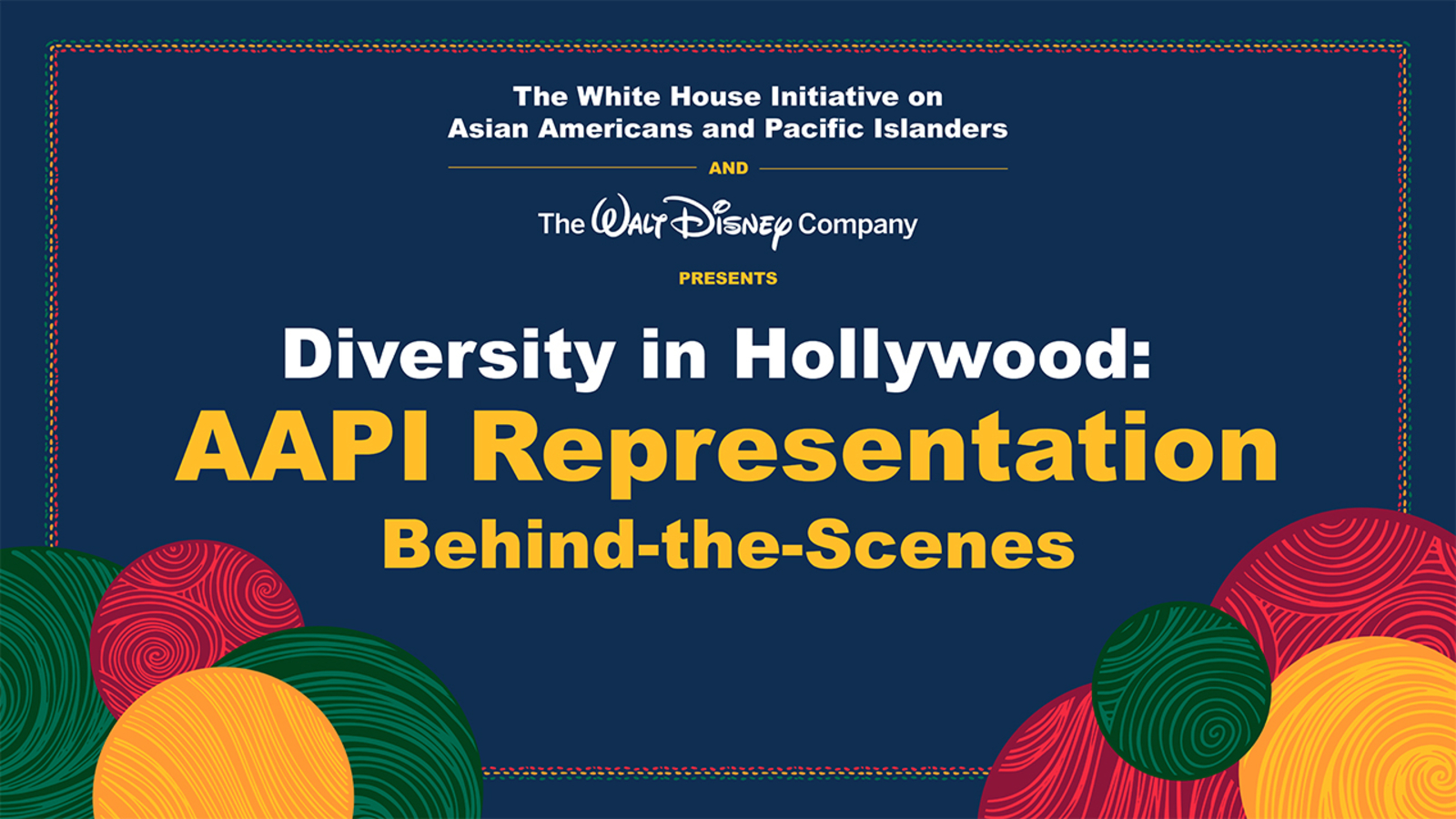 WASHINGTON — The White House Initiative on Asian Americans and Pacific Islanders (WHIAAPI) and The Walt Disney Company are co-hosting a panel discussion on Monday focused on diversity in Hollywood and AAPI representation in behind-the-scenes talent.Panelists for “Diversity in Hollywood: AAPI Representation Behind the Scenes” include Nisha Ganatra, the director of “Late Night,” Kevin Kwan, the bestselling author of the “Crazy Rich Asians” trilogy, Melvin Mar, an executive producer with “Fresh Off the Boat,” and Jessica Yu, an Oscar-winning director/writer.

The event will feature introductory remarks by Laura Shin, acting director of WHIAAPI; Howard Ou, associate director in the White House Office of Public Engagement; and Erika Moritsugu, deputy assistant to the president and senior AAPI liaison at the White House.KGO-TV’s own Dion Lim will be moderating the event. Lim, an Emmy Award-winning TV news anchor and reporter, is the author of “Make Your Moment: The Savvy Woman’s Communication Playbook to Getting The Success You Want,” which is based on her experiences as the first Asian American woman to be at the helm of a weekday newscast in three major markets, including Kansas City, Charlotte and Tampa Bay.

She is passionate about amplifying voices of color and has led the charge in shedding light on the hate and assaults targeting Asian Americans in the Bay Area.Watch the panel discussion Monday starting at 2 p.m. ET/1 p.m. CT/11 a.m. PT on this website and wherever you stream: Fire TV, Android TV, Apple TV and Roku.

The Walt Disney Co. is the parent company of this station.