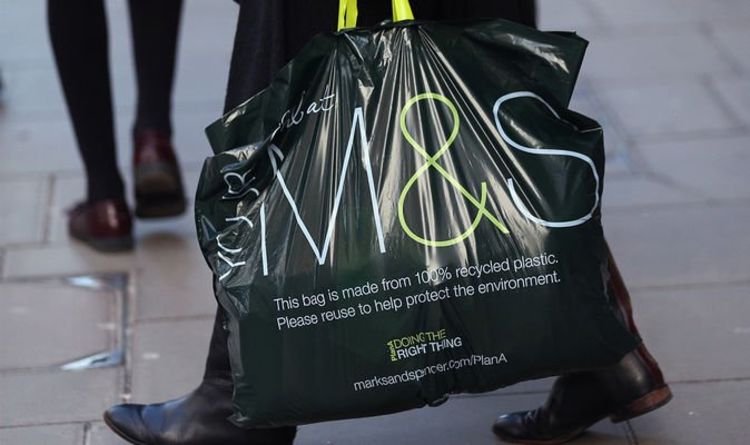 The 136-year-old company accelerated plans to cut 950 jobs last year as part of a restructuring process following the impact of coronavirus. Marks and Spencer said the move marked “an important step” in it becoming a “stronger, leaner” business, but many felt M&S had already lost touch with its roots. It came after the company – which became adored for selling high-quality British-made products under its ‘St Michael’ brand – made the unprecedented change in 2000 to switch to overseas suppliers.
Many, including retail analyst at NBK Retail Natalie Berg, believe they have lost their way since.

She said: “In trying to be everything to everyone, they’ve ended up being nothing to no one.”

She told the BBC: “Generally they have got a 25-year-old model wearing garments targeted at a 65-year-old, who doesn’t feel included.”

Ms Hardcastle stated that “M&S doesn’t listen to its customers,” adding that many of the clothes were not what the demographic want.

She added: “They don’t connect with customers enough, so they never know what the customers want.”

In particular, she noted that M&S’ traditional base of over-45s felt neglected.

She added: “In all of my years commentating on retail, I’ve never seen such an outpouring of emotion in a brand.

“People loved them and what they stood for.

“They traded on that emotion, but they’ve not invested in the brand for so long, and that’s why people get mad and sad about it.”

Another point experts agreed on was having difficulty understand the thinking behind some of the business decisions M&S has made over the years.

One example was the Sparks Card customer loyalty scheme, launched in 2015, which was unsuccessful and was re-launched last year.

Ms Hardcastle said in July: “Because they were so late to market with the rewards scheme, they had a significant amount of time to watch what best practice was and even improve on it, but they did it the M&S way.”

And Ms Berg claimed: “If you were launching a retail business today, you wouldn’t dream of recreating the M&S model.

He stated: “Old men’s clothes, next to men’s suits, next to pants, next to childrenswear makes no sense anymore.”

Many expect M&S to become more of a food than clothing business in the future.

And the retailer appears to be stepping in that direction.

Last year, in response to the pandemic, it launched its “Never the same again” programme which aimed to use the lessons of the crisis to “radically accelerate the pace and ambition of its transformation plan”.

It said: ”While some consumer habits will return to normal, others have been changed forever.”

M&S core shops now typically feature a selection of the company’s clothing, homeware and beauty ranges and an M&S Foodhall.

But many stores are now standalone Foodhalls and in 2019, M&S launched five of these as part of the transformation of the business.