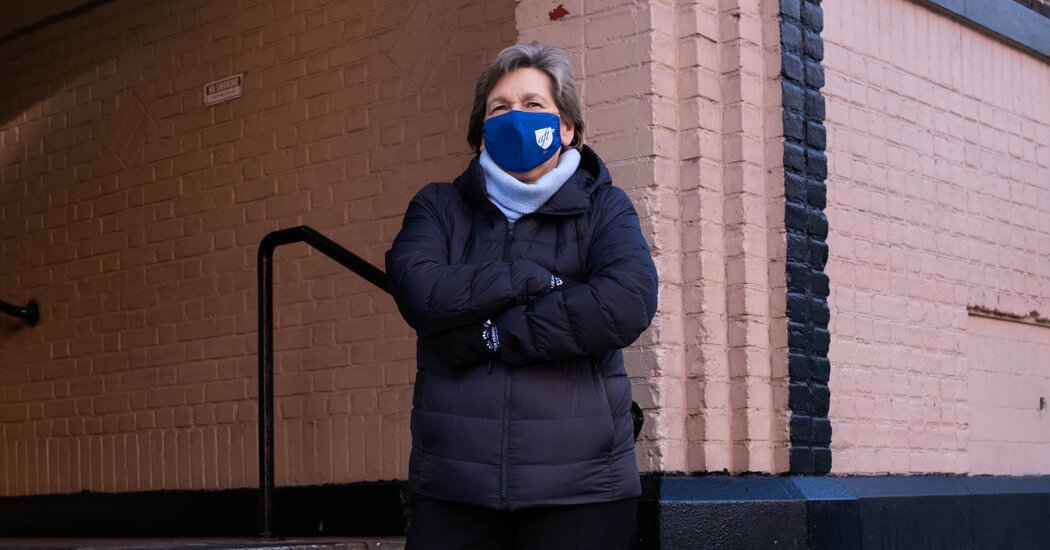 Randi Weingarten, president of the nation’s second-largest teachers’ union, called on Thursday for a full reopening of the nation’s schools for the next academic year, saying: “There is no doubt: Schools must be open. In person. Five days a week.”

Her remarks come with about half of the nation’s public schools not offering five days per week of in-person learning to all students and with many families uncertain about whether they will have the option for a more traditional schedule in the fall.

Teachers’ unions have been one key barrier to a broader opening this school year, accused of slowing reopening timelines as they sought strict virus mitigation measures, even after teachers began to be vaccinated in large numbers.

“It’s not risk-free,” said Ms. Weingarten, president of the American Federation of Teachers, which has 1.7 million members. She argued that the health risks could be managed through a range of practices — some of them relatively simple, such as masking and handwashing, and some of them more difficult to achieve at scale, such as decreasing class sizes to maintain distance and procuring additional spaces to meet outside cramped school buildings.

“The United States will not be fully back until we are fully back in school. And my union is all in,” Ms. Weingarten, a close ally of President Biden, said, pledging to commit $ 5 million for a campaign in which teachers will host open houses and go door to door to build families’ confidence in returning to school.

But her remarks came on the same day that federal health officials advised that fully vaccinated individuals could stop masking and distancing in most indoor and outdoor settings. The timing seemed to underscore just how cautious schools have been and the pressure they will be under to reopen.

It is not entirely clear how the guidance will apply to schools, since it is not known when vaccines will be approved for students under 12 and what percentage of older students will be vaccinated when schools open in the fall.

Ms. Weingarten’s speech is sure to be greeted skeptically by some parents and school district leaders, who have been frustrated by some local unions’ insistence on two-hour school days — so students will not need to remove masks to eat lunch — or ambitious ventilation system overhauls instead of simpler solutions, such as fans and open windows.

And it is an open question whether the 3,000 local affiliates of the American Federation of Teachers will adopt Ms. Weingarten’s proposal. This winter, she repeatedly said it could be safe for teachers to return to classrooms before vaccination, a position that was a nonstarter for unions in cities like Chicago and Los Angeles.

In the hours after the speech, union locals in Philadelphia and San Francisco said they were broadly in support of the goal of a full reopening in the fall. But the devil will be in the details negotiated at bargaining tables, where local union leaders may demand additional safety measures as a precondition to a full return.

“There’s no evidence to suggest that what is said from on high has a direct influence on local negotiation,” said Joshua P. Starr, a former superintendent of several large, unionized districts and president of PDK International, a professional organization for educators.

Dr. Starr said he believed that schools should have already opened more fully. Still, “I think it’s really important that she’s saying this,” he said of Ms. Weingarten’s speech.

Some locals have argued that because so many families, particularly Black, Hispanic and Asian families, continue to opt out of in-person learning, returning to classrooms is less important than improving remote learning.

But in her speech, which was delivered remotely via social media, Ms. Weingarten acknowledged that “prolonged isolation is harmful” to students and that online instruction had negatively affected learning. She said that reopening schools increased both teachers’ and parents’ comfort with returning, and that many parents, particularly mothers, were unable to work when school schedules were truncated.

Ms. Weingarten’s new proposal, even if fully adopted by local unions, may not do away with all the barriers to full-time, in-person instruction. Although a vaccine is approved for adolescents 12 and over, she foresees the need to continue to distance students three feet apart, which she said would require some school systems to find additional space outside their buildings.

In an interview, Ms. Weingarten emphasized unknowns about the progression of the pandemic, arguing that mitigation measures would need to continue next school year. That is disputed by some virus experts, who have said it may be possible to do away with masking and distancing in schools in the near future. “We don’t actually know — will adults need a booster shot because of the variants? How many kids will get the vaccines? When will vaccines be available for kids under 12? There are all of these questions,” Ms. Weingarten said, adding, “But these questions can’t stop us from reopening fully.”

On the ground across the country, local unions have substantial autonomy at the bargaining table, and it is unclear what role Ms. Weingarten will play behind closed doors in encouraging them to embrace five days per week of in-person learning. Throughout the pandemic, she has not hesitated to back affiliates that were resisting reopening efforts. In Philadelphia in February, she protested alongside educators demanding ventilation upgrades. She also backed the local in Washington, D.C., when it considered a strike in response to that district’s reopening plan, demanding more building safety checks.

Ms. Weingarten has said that vaccines are the “game changer” to calm these battles. But there will still be significant clashes to come, perhaps most notably on the West Coast, which has lagged behind the rest of the country on reopening, and where unions have been especially restive.

Ms. Weingarten’s speech also called for lower class sizes, which could mean hiring additional educators. That is a perennial priority for teachers’ unions that would make it easier to keep students physically distanced. Smaller classes could also potentially allow teachers to provide more individual support to tens of millions of children who will need to process — academically, socially and emotionally — the fallout from more than a year of a pandemic, an economic crisis and a national reckoning on racism.

The latest on how the pandemic is reshaping education.

Ms. Weingarten said that with 89 percent of her members vaccinated or willing to be, she anticipated fewer teachers needing medical accommodations to work from home next school year. In some cities, the large percentage of teachers who were granted medical accommodations before vaccines were available has meant that students returning to classrooms this spring were asked to log into laptops to interact with educators who were elsewhere, a practice known as “Zoom in a room.”

One educator working that way is Kenzo Shibata, a high school social studies teacher in Chicago. His wife has Stage 4 breast cancer and her immunity is compromised. Both members of the couple have been vaccinated but have been advised by doctors to avoid indoor settings and continue to practice extreme caution as the virus evolves, Mr. Shibata said. He was granted an accommodation to work from home and is unsure whether he will still want to avoid in-person teaching in the fall.

Mr. Shibata said Ms. Weingarten’s speech seemed like “public relations,” and he argued that it was premature to support a full reopening before children of all ages were eligible for vaccines, and before examining virus rates in various locations.

“It really should be about looking at the local communities,” he said, instead of making a “blanket declaration.”

Ms. Weingarten’s speech proposed a number of ideas for helping children to recover from the pandemic, such as summer school, tutoring, longer school days, hiring additional mental health professionals, diversifying the teacher force and enriching the curriculum with subjects like science and civics.

The debate over reopening schools has been toxic in many communities, pitting some parents and educators against one another. It has also highlighted the fact that while white and affluent parents often see public schools as a safe haven for their children, other families are less eager to entrust their children to schools during a health crisis.

Jennifer Noonan, an Oregon parent of four children whose schools are operating part time, has been a critic of the unions and an activist in the movement to reopen schools. After reaching out to Ms. Weingarten via Twitter, she participated in an online meeting in which the union president met with frustrated parents to hear their concerns.

“I would’ve liked to see this sooner. But I’m optimistic,” Ms. Noonan said. She gave Ms. Weingarten credit for “viewing parent groups as equal stakeholders in the same regard that teachers’ unions are held.”