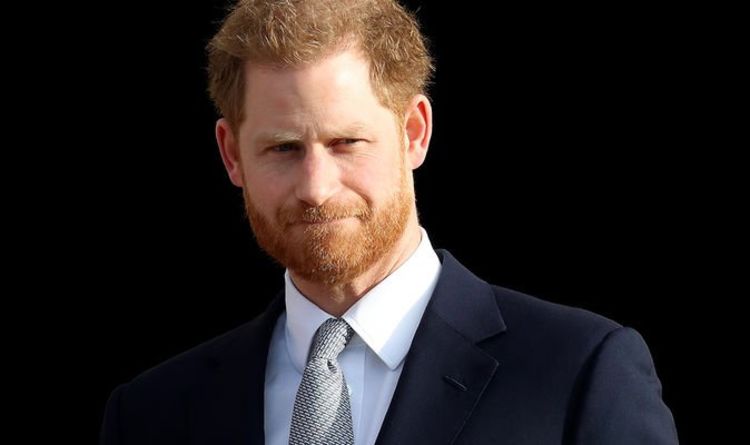 Prince Harry, 36, evokes his ‘Wild Child’ days by swearing in a new podcast interview a language expert has claimed. The Duke addressed matters including mental health and being born into privilege on the latest episode of Dax Shepard’s Armchair Expert podcast.
During the episode, Harry slips into foul language when quizzing recovering addict Mr Shephard about his path to sobriety.

After asking the podcast host if he had “an awareness” of what was fuelling his drugs use as a younger man, Harry added: “For you it was your upbringing and everything that happened to you – the trauma, pain and suffering…

“All of a sudden you find yourself doing a s***load of drugs and partying hard.

“Look how many other people do that as well. They wouldn’t have the awareness at the time.”

Judi said: “Using swear words and some teenager-style terminology to paint a verbal portrait of his ‘Wild Child’ days, Harry sounds keen to impress his host and his fans with both his deep understanding of issues like drug-taking and his own wilderness years when he was ‘going wild’.”

The expert claimed Harry steps into the of a counsellor during the interview as he coaxes information out of Mr Shepard.

She added: “Harry’s wording as he discusses his host’s experiences make him sound almost like a counsellor.

“Having asked about the causes of the problems he answers for his host, with his answer making it sound as though he might also be talking about his own personal pain as he says: ‘For you, it was all about your upbringing and everything that happened to you – the trauma, pain and suffering.’

Judi added: “This move to a more coaching, empathetic tone has echoes of his mother Diana during the Bashir interview when she spoke about bulimia, sharing her own experiences of it but in a more enlightened and nurturing way that suggested she was able to give empathetic help to anyone else coping with the problem.”

Despite Harry’s best intentions, he comes off like a teenager, Judi claimed.

She said: “Harry slips into teen mode though, moving from ‘nurturing adult’ to ‘rebellious child’ as he throws in the ‘like’ word twice: ‘It’s like why am I actually doing this? In the moment it’s like this is fun.’

“He brings his past into his present with the use of the present tense: ‘I’m in my twenties – it’s what you’re supposed to do’.”

Harry ends the interview by highlighting the freedom he feels he has found since moving to the States, Judi claimed.

The expert added: “Later Harry makes another reference to finding freedom in the US.

“This is a recurring theme for him and he again references the fact that he couldn’t put Archie on the back of his bicycle in the UK.

“This is an intriguing reference as it sounds symbolic.”

“We’ve seen photos of a young Harry riding about on a bike but the idea of this simple experience once missed out on seems pivotal as a symbol of his new freedom in the US.”

Harry and Meghan are expecting their second child, a daughter next month and last week celebrated their son Archie’s second birthday.

They have been based in Montecito, Santa Barbara since last summer and are expected to stay there long-term.

Harry is due back in the UK on July first to unveil a new statue of his mother Princess Diana with his brother Prince William in the gardens at Kensington Palace.