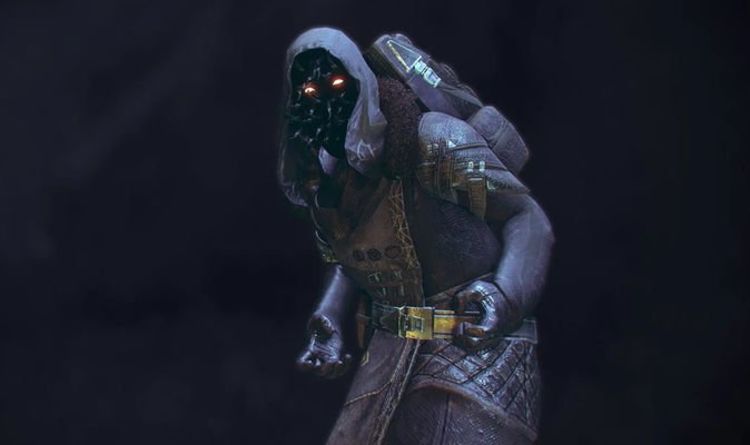 Xur returns to Destiny 2 today with a new bag of loot that will be available from one of the game’s many locations.

His precise whereabouts will be revealed this evening for Guardians to find on PS4, Xbox One, PC and next-gen consoles.

The next couple of days will allow gamers to trade Legendary Shards for exotics, although the full list has not been revealed.

The Destiny 2 Xur location from May 14 until May 18 will be revealed at 6pm BST, and it won’t take long for Guardians to start hunting the Agent of the Nine down.

All the items will be available until the weekly reset is completed and all rituals are wiped.

Last week, Xur was easy to find, hanging out in The Tower behind Dead Orbit, bringing with him the Skyburner’s Oath, Mask of the Quiet One, Gwisin’s Vest: Legendary, and Vesper of Radius.

For anyone who has forgotten, Legendary Shards used by Xur items are remnants of powerful items that are used to improve gear or trade for other items.

It should also be noted that Xur will be dropping items that are similar in power level to your character.

And another part of Xur that is new to the latest version of Destiny 2 is that he now drops Cipher Quests for free.

The Quest will reward you with an exotic Cipher, and last weeks included completing 21 Strikes, or winning the same number of Crucible or Gambit matches.

Every week, Guardians can acquire one Exotic Engram using Legendary Shards that will decrypt as Exotics that aren’t already in your collection.

Bungie has confirmed that at least one change has been made to Xur for Season 14, although it won’t be something you can spot straight away.

It’s been confirmed that when Xur’s inventory includes an Exotic armor piece with a perk effect that depends on the use of a particular ability, that armor piece should more reliably come with a higher stat value in the stat that governs the cooldown of that ability.

Xur is expected back in the game around the same time the Trials of Osiris returns on PS4, Xbox One and PC.

Trials is a Crucible event that rewards fireteams that can string together wins, with at least one Adept weapon included, which are usually only made available for those who can score Flawless run.

And while Xur will offer exotics for gamers to buy, more are available to unlock during Season 14.

A recent post from Bungie explains: “On the Seasonal Track, there will be three weapons to earn. Season Pass owners will unlock the new Exotic Sidearm on day-one of the Season as soon as they claim their first reward. Additionally, the new Shotgun and Heavy Machine Gun will be up for grabs as you level up.

“If you want a full loadout of this style, we’ve got you covered. New weapons will be available through Umbral Engrams and Override completions.

“Outside of Override, there’s even more Legendary loot to claim. To start, you’ll receive a new quest to earn the Null Composure Fusion Rifle. Once the weapon is unlocked, you can collect Gambit, Crucible, and Vanguard themed weapon ornaments to further customize your style.”