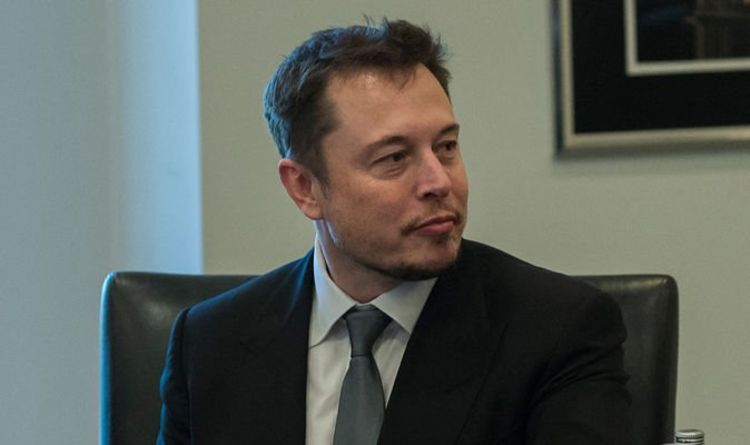 The Tesla CEO announced on Wednesday the company would temporarily be suspending payments of Bitcoin over fears about its environmental impact. Nick Spanos, founder of the Bitcoin Center NYC in 2013, has challenged Mr Musk’s decision to suspend the payments.
Mr Spanos said Mr Musk’s suspension of bitcoin payments is “counterproductive”.

Speaking to Express.co.uk, he said: “I challenge Elon that if Bitcoin is too dirty for him to accept as payment for his electric vehicles, then it should also be too dirty to ‘hold’ for profits based on everyone else using it.

“At least Climate Czar John Kerry divested from his millions in the oil industry before taking his position of virtue.

“Curiously, Elon wants to deny green-conscious consumers the ability to trade their supposedly dirty coin for a clean car.

The founder of the Bitcoin Center and prominent crypto investors then supported Bitcoin’s energy consumption.

He told Express.co.uk: “A huge component of Bitcoin’s power consumption is sustainable due to the reactivation and construction of new hydroelectric sources.”

On Wednesday, Mr Musk announced Tesla would be suspending Bitcoin payments for the company’s vehicles over fears about its environmental impact.

He said, in a statement, Tesla was also potentially interested in accepting payments in cryptocurrencies with less than one percent of Bitcoin’s energy footprint.

Mr Musk added: “We are concerned about rapidly increasing use of fossil fuels for Bitcoin mining and transactions, especially coal, which has the worst emissions of any fuel.

“Cryptocurrency is a good idea on many levels and we believe it has a promising future, but this cannot come at great cost to the environment.”

The price of Bitcoin fell as much as 15 percent following Tesla’s decision to stop accepting the token.

It followed an index compiled by Digiconomist, which publishes estimates of the token’s climate impact, showing Bitcoin consumes around 115 Twh per year.

A study by the research platform claimed the Bitcoin network could consume as much energy as all data centres globally, with an associated carbon footprint matching London’s footprint size.

Mr Musk has been a vocal supporter of Dogecoin and other digital currencies, which have surged in value over the last year.

Dogecoin in particular rose by a staggering 12,000 percent from January to May 5.