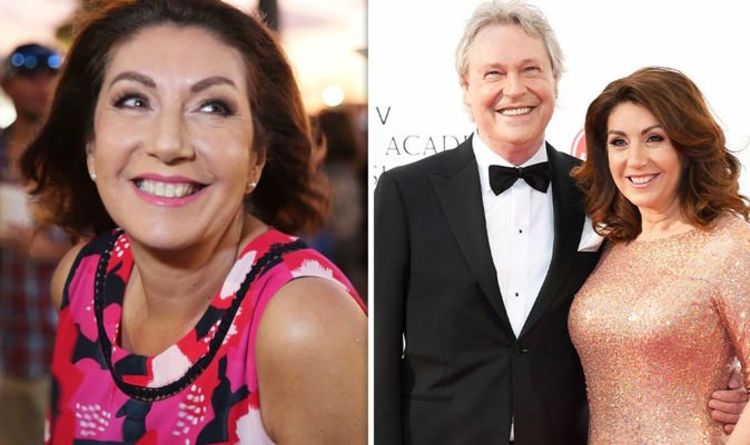 The 58-year-old has shared three throwback photos of herself filming Cruising With Jane McDonald last year, as she appeared carefree while taking in beautiful coastal views aboard a liner. The Loose Women star has had a tough 2021 following the death of her long-term love Eddie Rothe back in March, but has put on a brave face to continue promoting her professional commitments.
Jane appeared in the first snap posted on her Instagram looking stylish while wearing a tight-fitting pink dress for filming on location.

She paired the look with nude heeled shoes and oversized black sunglasses.

In the second picture, she beamed while posing in a shopping centre presumably as part of a pit-stop on her travels and finally she shared a beaming still of herself while dancing at a beach party.

Next to the nostalgic photos, it read: “In this week’s episode of ‘Cruising with Jane McDonald’ Jane will be horse-riding along the beach, discovering the wonders of the deep aboard a submarine and partying the night away at a carnival! Sunday 9pm @channel5_tv.”

Underneath fans raved over her fashionable attire while also praising her show’s latest series.

Jane typed: “I want to thank everyone most sincerely for the wonderful cards and messages of support that I have received since the awful news was announced that I had lost my beloved Ed.

“I’m so touched by each and every one. All the kind thoughts and words have meant so much to me and many of you have let me know that you are going through the same thing as me having lost loved ones and I wish you all love and strength back.

“I’m hugely grateful for everyone who very kindly donated to the Just Giving page for Wakefield Hospice in Ed’s memory.

“It’s been a tough time for us all recently and I know that better days are ahead,” she added.

Jane has announced this series of Cruising will be her last prior to the devastating loss of Eddie.

However, despite the show coming to an end, the songstress has vowed to continue going cruising in her free time.

She told OK! Magazine: “Cruising is in my blood. It has made me everything I am.

“But it will be nice to sleep in and have breakfast in my room. Filming the show, I’m up at 5.30am every morning to get ready for everything we have to film in one day.”