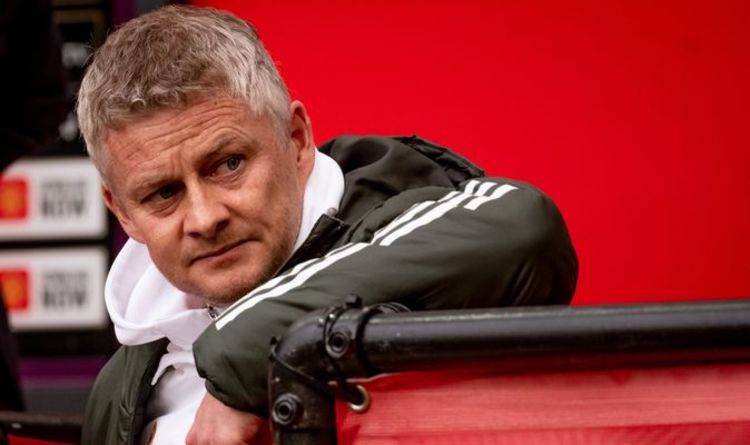 Manchester United manager Ole Gunnar Solskjaer wants two or three world-class additions made to his squad this summer in order to truly challenge for the Premier League title next season.
United’s weaknesses – a lack of high-quality depth and a dependance on Harry Maguire at the back – have been exposed this week in defeats to Leicester and Liverpool.

The Red Devils hoped to crush their bitter rivals’ Champions League hopes once and for good at Old Trafford on Thursday night but were beaten 4-2 at captain Maguire, wearing a protective boot, watched on from the stands.

United are already guaranteed their top-four finish and will hope to finish as close as possible behind newly-crowned Premier League champions Manchester City.

But there has never really been a title race between the two this season with City’s phenomenal 15-match winning streak, before losing to United at the Etihad in March, putting them in charge throughout.

The 20-time English champions have not truly challenged for the league ever since Sir Alex Ferguson retired in the summer of 2013.

United’s best campaign was finishing second under Jose Mourinho in 2017-18, a distant 18 points behind Pep Guardiola’s City, and they stand to finish 10 points or more behind their neighbours again this year.

Yet the Glazers have said amid the ongoing unrest within the United fanbase, who are keen for the Americans to give up their ownership of the club, that they will invest into the first-team squad this summer.

With Solskjaer 90 minutes away from a first trophy as manager in the Europa League, where they face Villarreal in Poland in the final later this month, the Norwegian is setting his sights on attacking the biggest honours next season.

That includes a long-awaited title triumph and per the Daily Mirror, Solskjaer wants to sign at least two or three elite-level players to strengthen his side.

A centre-half out of the top bracket is a key priority for United, who were reminded of their frailties at the back against Liverpool.

Only Newcastle and relegated West Brom have conceded more home goals this season than United have at Old Trafford, having leaked 27. It is their most in a single season since 1971-72.

A whole host of defenders have been linked but Real Madrid’s Raphael Varane is thought to be the main choice, with it believed he could be signed for £40m because he is out of contract in 2022.

Sir Alex Ferguson tried to sign Varane from Lens a decade ago but he has since gone on to establish himself as one of the game’s very best centre-backs in his 10 years in the Spanish capital.

While Borussia Dortmund’s Jadon Sancho is also a target with the £80million-rated England international having been top of the wishlist a year ago.

It’s thought his price tag has dropped from £108m however with Dortmund willing to cash in on the player, who is out of contract with the Bundesliga giants in 2023.

Sancho is seen as the answer to United’s long-standing right-wing problem, with the 16-goal, 19-assist attacker still just 21.

He fired a brace against RB Leipzig to win Dortmund the DFB Pokal on Thursday as United were facing Liverpool, and has managed 103 direct goal contributions in 135 first-team appearances in Germany despite being so young.

It is unclear where else United want to strengthen although a back-up right-back, a top-level holding midfielder and another striker might be on the agenda if fans get their wishes.

Whether Solskjaer wants another frontman after tying Edinson Cavani down to a one-year contract extension remains to be seen though Erling Haaland is admired at Old Trafford.

Solskjaer lauded the Uruguayan veteran as a “world-class” player when he put pen to paper on his new deal and seemingly intends to use the richly-experienced 34-year-old, who has 15 goals this season, regularly in his starting line-up.

While speaking after City won the league courtesy of United’s 2-1 loss to Leicester on Tuesday, Solskjaer said: “If you want to take up the challenge with them we need to strengthen our squad.

“Congratulations to them. They have had a fantastic season. I am very pleased with my boys that have made it to the last 10 days with a Manchester City side ahead of us that are lauded as the best in Europe.

“We want to take the next step. It might be that we need a couple more to strengthen the squad.”

Signing Varane and Sancho would surely command at least £120m although United may offset that expenditure with several sales. David de Gea and Jesse Lingard are among those who could be moved on for healthy fees.