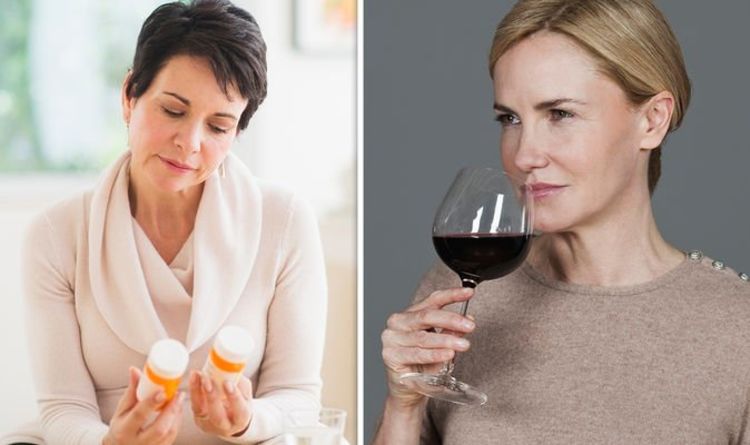 The NHS issued a warning to people taking statins – a damaged liver can lead to “serious side effects”. Each time the liver processes alcohol, liver cells die. If you’re drinking more than 14 units weekly, you could develop rhabdomyolysis. Rhabdomyolysis occurs when dead muscle fibres release their contents into the bloodstream, explained WebMD. This can lead to kidney failure, meaning the organ can’t remove waste from the body, which can be fatal.
Although less common, other side effects of statins might include being sick, memory problems, hair loss, and pins and needles.

Other possible after-effects include flu-like symptoms, which could be indicative of hepatitis – i.e. inflammation of the liver.

Inflammation of the pancreas (pancreatitis) can lead to stomach pain, and skin issues might appear such as acne or an itchy red rash.

There may also be issues with libido, which may nosedive, and erectile dysfunction could occur.

Regular exercise can also lead to an increase in creatine kinase in the blood, so do inform your GP if you’ve been working out a lot recently.

If there are high levels of creatine kinase in the blood, you may be advised to stop taking the medication.

Aside from drinking alcohol or grapefruit, there are other factors that can greatly increase your risk of side effects.