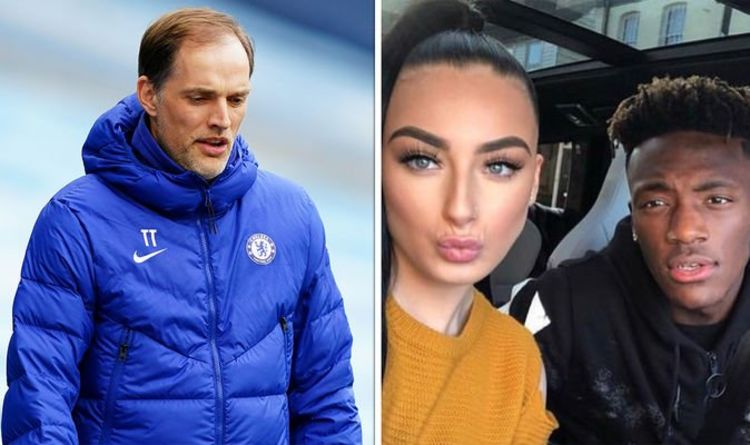 Tammy Abraham’s girlfriend Leah Monroe was fuming that her partner was left out of the Chelsea squad which took on Leicester at Wembley in the FA Cup final and blasted the Blues boss on Instagram. Tuchel opted to keep faith with misfiring forward Timo Werner, while Olivier Giroud was on the bench.
Teams were permitted to name nine substitutes for the showpiece event but Abraham was left off the squad sheet.

There have been rumours that the 23-year-old will be sold at the end of the season, despite being the club’s joint-top scorer this term with 12 goals.

Abraham has found minutes hard to come by since Frank Lampard was axed in January.

And his girlfriend took her frustration out on Tuchel with a post on her Instagram story – which was quickly deleted.

“How on earth do you make the decision to leave your top goalscorer out of the squad for the final?!” Monroe fumed.

“The same person who scored the goals to actually qualify for the competition?

“It’s not making any sense to me whatsoever. Not even the bench?! This has to be a joke.”

“I’m really surprised not to see Tammy Abraham in there being the top scorer for Chelsea in the competition, that he can’t even make the bench,” Wright told BBC Sport.

“But that [team] looks pretty strong to me.”

Abraham scored against Luton and Barnsley as heavily rotated Chelsea sides progressed through the lower rounds of the cup.

“I think he can play at the very highest level,” Jordan told talkSPORT. “But for reasons of style of play, I very much doubt it’s attitude because the feedback I get on this boy is that he’s a very good, decent young man, and if you look at his goalscoring record which is close to one in two, but I just don’t think he fits into the model that Chelsea have for the way they want to play currently.

“With the personnel they’ve got there, Thomas Tuchel is maximising the potential and setting them up in a certain way.

“Tammy Abraham going out of Chelsea, I think he’s got a couple of years left on his contract, that means the club can hold out for a value.

“Then you’ve got two considerations in there. You’ve got a COVID-19 landscape and what is value in this marketplace and where are people going to go? At £40million does he represent a market price given the landscape of football finances?

“And where will he go to from the player’s aspiration side of things. If I was a chairman of a football club, a top six club which is where I think he’ll land, whether that’s in Europe or this particular league, I think £40m is probably a little bit toppy as a straight, nailed-on payment.”